This weekend turned out to be the weekend for movie-watching. The kids spent Saturday night in Little Rock with Shan's Mom, so Shan and I decided to go to T-Town (that's Texarkana, for the uninitiated) for dinner (that's supper for my southern readers) and a movie. We opted for Applebee's to try their Trio Combo thingys. Shan ordered Buffalo Wings, Mini Bacon Cheeseburgers, and Fajita Beef Towers. I chose Mini Bacon Cheeseburgers, Ciabatta bread with garlic sauce, and mozzarella sticks.

Everything was delicious! And, the real kick is that we were in, seated, served, and done in less than 30 minutes! Holy cow!

After Applebee's, we headed to the movie, but we were way early because supper took no time at all. Shan decided to run into Old Navy to do some shopping. She picked up a couple baby outfits (one for Kensley, one for Josie) that read "Party at My Crib - 1Am-5Am) :-) Very cute, and on sale, no less! She got both for less than the marked price of one! That's like a "Buy one, get one free plus we'll give you change!" sale...

Nothing at the movies jumped out at us, so we opted for "I Now Pronounce You Chuck and Larry." Before I go on, let me tell you what we figured out.... 2007 is the "Year of Chuck." We were there to see "Chuck and Larry," there is a new TV show coming on simply called "Chuck," another movie coming out is called "Good Luck Chuck," and yet a different movie is called "Charlie Bartlett." Really. And, I believe we saw previews for a couple other shows/movies where at least one of the characters is a Charlie/Chuck/Charles, but frankly (ha-ha) we were 'chucked out.'

At any rate, we saw "Chuck and Larry." Now, this movie stars Adam Sandler and Kevin James. How could this movie not be the funniest "make fun of a group of people" movies ever?? Yeah, it has some of that, but for me, it felt like a 2-hour "Sensitivity Training" video. COME ON, people!! I am so sick of politically correct shows and movies... Really, can't we all just get along by letting movie-makers make fun of people!?!? Dang...

I will say, there are some laugh-out-loud moments in the movie, and the "special appearances" were very funny, too. There were also some very touching moments regarding Larry (Kevin James) and his deceased wife.

What surprised me the most were the number of KIDS at the movie. It's a PG-13 movie, I think, but there were kids younger than Tyler there, and some of the scenes and topics were a bit mature for even Tyler's age... Well, in my opinion, anyway...

It might be worth renting, but don't spend the money on movie tickets. Go to Cold Stone or Applebee's instead... :-)

After we got home, around 11pm, there was a tap at the door, and My Mom came in with two video tapes. One was the final Pittsburgh Spirit (Pro indoor soccer team in the 80s) game that I couldn't find when my cousin Nick was here this summer, and the other was a tape that had been shot when Tyler was not quite two years old. The video shows Tyler and My Dad playing on various playground equipment, laughing, running, sliding, falling down, laughing some more...

It was amazing to see how little Tyler was and how smart he was at that age. It was amazing to see Dad running around and laughing as much as he was. It was hard at times to try and wrap my brain around everything I was watching - my son, who is now 10 years older than the toddler in the video, and my Father, who is now passed away, just 10 years after this video was shot. Two very different, conflicting feelings happening so strongly within me.

Shan asked me if it was hard to watch the video of my Dad. I couldn't explain it then because I didn't understand what was going on in my head (and still don't, but at least have been able to write some of it down here so I can verbalize it), but all I could say was something like, "sometimes, kinda..."

Tim McGraw's latest song, "If You're Reading This" always makes me think of Dad. I know, he was not killed in combat, but he was over there, and though he did not carry a gun (that I know of), he hung up his armored vest, helmet, and boots in service to our country. Before I was a glint in his eye (and maybe after I was born, too, I can't remember the timing of all that), he served in the Air Force. I was reading a computer magazine I get and there is a new game (well, a sequel) coming out, "Mafia II." Dad loved "Mafia." I saw the ad, and instantly knew that Mafia is a game he would buy the day it hit the shelves. There are a lot of things that make me think of Dad. I pray there are always those kinds of things. 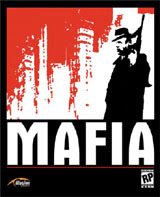 On another note, we surprised Shan's Aunt Linda today with a 60th birthday party. Family from all around came to Little Rock to surprise her! It was great to see her reactions! 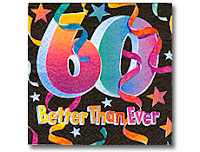 During the party, Tom (one of her sons) had brought in a DVD that had been made from old 8mm reel-to-reels. It was neat to see people that I met much later in life as they were 25+ years ago... There was a lot of Shan as a baby/toddler, and the most surprising to me was Shan's Dad without his beard! I don't know that I have ever seen a picture of the man without a beard! :-)

It was a weekend of movies, family, reminiscing. It was a good weekend!
on September 10, 2007