I am going to relay a story to you that was told to me today. I am not using any real names, other than to say the teacher in the story is *NOT* Shan...

Mrs. Schoolteacher gathered her students around on the floor for reading time. As reading time progressed, little Schoolboy raises his hand and announces, "I have an erection!" The teacher looks stunned, and notices that the boy's hands are now in his lap. Trying to figure out what to say to this revelation, she stammers, "I'm sorry, what?" "I have an erection," he says proudly. Now, thinking quickly, she realizes that this child's parents could possibly have taught the boy the proper terms for things such as this, since they are in the medical profession. Before she can react further, the boy sticks one hand in the air and covers his mouth. Perplexed, the teacher is about to ask the boy what he is doing when he says, "I have an erection, like 'when in the hall, we raise one hand and keep quiet.'" "A DIRECTION," the teacher exclaims! "You have something for the rules and directions?" she asks, now using the correct word. "Yes!!" the boy says happily.

I finally got the new hard drive to work in the kids' computer. (Geek Speak ahead!) I made one critical mistake after I had copied the data: I booted with both the OLD drive and the NEW drive connected together. When this happens, Windows XP begins booting on the new drive, but during the process, searches to find the other drives that it "already knew about." In this case, as soon as the system realized that the OLD drive was connected and active, it began using IT as the boot drive! So, the computer starts booting from the NEW drive and switches halfway through to the OLD drive. (SMACK HAND ON FOREHEAD!) DUH! Of course!

For those of uninitiated to the ritual of cloning disks, when you DO clone a drive, remember to completely disconnect the data and power connectors from the OLD drive. Also, be sure to set the jumpers on the NEW drive such that it is the master IDE. 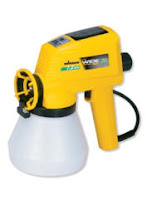 Ben Henry over at the Baseballcard Blog suggests the new owner should offer to TRADE the card for something like a house or something. I agree! How cool would that be? "Will trade baseball card for mansion, or lifetime supply of (insert team name here) season tickets..." :-) Maybe a small plane? Hmm... Of course, given the mess that Topps and Upper Deck just came out of, he make his own "takeover" offer... LOL, even with a Wagner, he'd still come up short... (I was going to insert some smart remark based on the Wagner paint sprayer, but I can't recall their slogan...LOL) 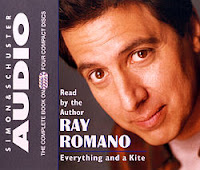 It has been a while since I've listened to Ray Romano's Everything and a Kite, but one of the things that has always stuck with me is his "Sentence Game." In his book, he says:

The next level of the game is to try and make your sentence even more unlikely to have been said. Now let's consider "Give me back my fudge suitcase, Rockhead." Perhaps the guard is named Rockhead? Or, failing that, Rockhead could be an insult towards the guard. See? We're having fun already.

Don't get too carried away though, or you'll violate the spirit of the game. Sure, chances are nobody's ever said "Give me back my fudge suitcase, Rockhead Jones and the Thirty Flamingos" but what's the point, y'know?

So, the rules are: Make it something that could be said, given the right scenario; Keep it simple - there is no need for excess; and, make it unique.

So, here I go: Manhole covers can't keep up. Okay, not bad, I guess. Scenario? There is a singing group called "Manhole" and they do really great covers of songs. The demand for them to cover more and more songs is such that they cannot keep up with the demand. LOL! Okay, so the idea is to then add one word. I'll add "forever" to the end. Now, "Manhole" CAN meet demands, but not likely for much longer... Okay, if I add another word, say, "dishtowel," it changes the whole meaning, unless Manhole is covering Dishtowel's songs.... "Manhole dishtowel covers can't keep up forever!" I'm going to assume that the sentence I just wrote had not been uttered before now.