Way back in 1994 or 1995, a group of my co-workers told me about a computer flea market in Dallas, Texas, that only took place at night. I was skeptical. Turned out to be true! What appears below is from an archived web page I had on the subject. NOTE: So far as I have been able to determine, the flea market has been long defunct.

So, you've been trying to figure out how to get to the now famous Dallas Computer Flea Market? Well, look no further! I thought the once a month, midnight computer flea market in Dallas was a big secret or something. It took a lot of digging and prodding, but my family and I found it. We wanted to be sure that NO ONE else ever had to go through what we had to, so:

The Dallas Computer Flea Market (aka 1st Saturday) is located at the corner of Ross Avenue and Routh streets in downtown Dallas. The closest approximation I could come up with is North Central Expressway and Ross Avenue. The market actually takes up several parking lots near the Ross/Routh intersection, but the vendor check-in (thus, most vendors) are in the lots at Ross/Routh.

The vendors start setting up around 11:30 p.m. on the first Friday of the month, but actual set-up starts at Midnight Saturday. When we went, we started at Midnight and hung out until about 4 a.m. I'd say the best time to get there is around 3 a.m. Most of the vendors are there and it's pretty kickin'. The whole things closes down at noon on Saturday, so don't wait! Have fun!

We hope this helps! If you have ANY questions, please contact me: David Henderson

Here's a map for clarity (The general area is marked in RED):
THIS MAP IS ABOUT 85k! (Note: Back in those days, this was a HUGE picture - haha!) 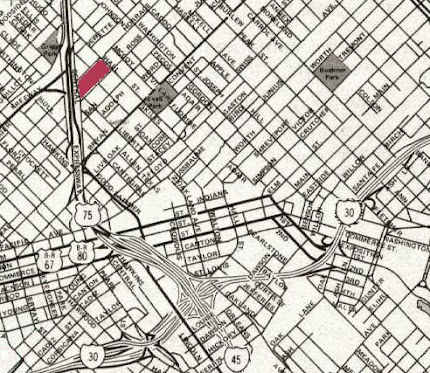 A couple of notes in hindsight: 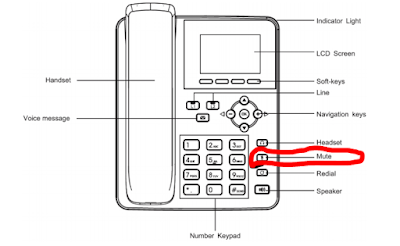 On the FON-175, the MUTE button does more than just mute the microphone, as I recently discovered. The MUTE button also places the phone into "Silent Ring Mode."

When the MUTE button is activated while NOT in a call (that is, when the handset is on the base), the MUTE button will toggle the Silent Ring Mode feature. This prevents the phone from ringing audibly during a call. The red light will flash during an incoming call, but the phone will not ring.

In order to toggle the setting back again, press the MUTE button while the handset is in the base and is not in use.

Hope this helps, as this terminology (Silent Ring Mode) is NOT referenced in the user's guide.

Remove and/or Disable the Preview Pane in Windows 10

a) Press “Windows Logo” + “R” keys on the keyboard to open the “Run” command box.

b) Type “regedit” in the “Run” command box and press “ENTER”.

d) In right-side pane, create new DWORD “NoReadingPane” and set its value to 1.
(To create a new DWORD, click on the option “Edit” at the top, select “New” and then select the option “DWORD” from that sub-menu.)

e) Restart or log off your system and "Preview Pane" button will get removed from Windows Explorer command bar.

To restore the "Preview Pane" button, you can either remove DWORD or change its value to 0.

Windows 10 Prints Only One Copy

I had a user with an issue where their Windows 10 computer would only print ONE copy of a document regardless of how many copies they specified.

I researched the problem and found that for anyone using HP, there is usually an option under Device Settings to disable Mopier. That's great of you are using an HP. But, this person was using a Lexmark MFP network device. So, no Mopier setting.

The computer did NOT have the Lexmark Universal Driver installed. Frankly, that probably would have solved the problem. Instead, the system had found the printer and installed the driver using the Microsoft Windows IPP Class Driver: 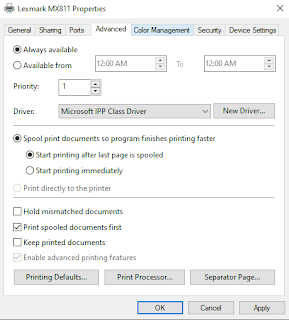 The ultimate solution was to change from the Windows IPP Class to the Microsoft Software Printer Driver: 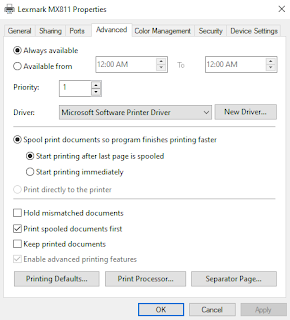 This allowed the user to print all the copies desired. 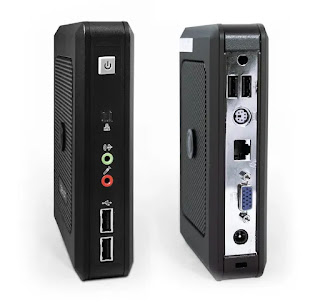 ZeroClient WORKS (1GB RAM, 1GB DOM) -  Selecting this option during setup reboots the system to a simple login page. Note: After trying to revert back to DeTOS, system boots to blank desktop.*

DOS 6.22 PARTIAL (1GB RAM, 2GB DOM) - Installed from bootable USB floppy. PC Speaker only since the audio is HD. I tried various TSRs, but none worked for sound. Games like Doom and Duke3d run very nicely! I was able to run VESA800x600 Duke3d smoothly.

WFW 3.11 PARTIAL (1GB RAM, 2GB DOM) - Installs fine, but has weird screen issues upon boot. Changing the driver to VGA Version 3.0 helps get into the system. PC Speaker only since HD audio is HD. I tried to use HDADRV9J, but I never heard sounds.

Windows 95 PARTIAL - (2GB RAM, 16GB DOM) - Booted from DOS USB. Copied setup files for Win95. Ran setup. After first reboot, had to edit the system.ini file [386enh] with MaxPhysPage=3B000 due to 2GB ram. Windows installed Active Desktop (blech!) which I promptly removed. Tried to install various Chrome9 Drivers, but none worked. Could not find network drivers. Sound would not work either, since it is HD audio.

Windows 98SE WORKS (2GB RAM, 16GB DOM) - Copied Win98 install files to Win95 DOM above. Booted Win95 to Command Prompt only. DELTREE c:\Windows then started Win98 setup. After first boot, fix the memory error by adding the MaxPhysPage=3B000 to system.ini (Safe Mode Command Prompt). I found Realtek "universal" drivers for the LAN Card (HERE). Go to Device Manager and on the General tab, use the "Reinstall Driver" option then find the INF file. I also installed "LANLights" to display network connectivity in the system tray. I tried to install Win98 USB drivers, but the system locked up and reported no mouse connected upon reboot. I reinstalled Win98 on top of the currently installed OS. I used the "Generic PCI to USB Host Controller" driver from Windows and USB started working. I installed VBEM VGA drivers to help with display resolution and color depth.

Windows XP w/SP3 WORKS (2GB RAM, 16GB DOM) - Booted from USB installation (made from XP ISO and Rufus 3.x). Installation went normal, though VERY slow in places. After setup, three devices were missing. The drivers for these can be found HERE.

Windows 7 WORKS (2GB RAM, 16GB DOM) - Booted from USB installation (made from Win 7 ISO and Rufus 3.x). Had to clear the partitioning. Installation started. SLOW process. Win 7 detected all but the video card. Had roughly 6GB free upon first boot. I tried several different ways to install the VX855 driver for Windows 7, but each time it told me that the software was "not compatible with this version of Windows), even though it was asking for 32-bit Windows 7 in the error. Weird. I found VX900 C9-HD IGP drivers that worked! I had to go to the VGA adapter in Device Manager and force it to update the driver from a folder I chose. It wasn't happy about the driver, but let me install it anyway and after reboot, resolution was set to 1440x900 (matching the monitor I was attached to). Nice! I did run into an issue with DOS games in that these video drivers would not allow the system to switch to full screen mode. Here is a link to an article about how to fix that (basically, revert back to the generic vga drivers).

Windows 10 FAILED (32-bit) (2GB RAM, 120GB SATA Drive) - I attempted to install Win10 32-bit on the device, but kept getting an "IRQ Not Less Or Equal" blue screen error. In order to use the SATA drive, I bought an IDE-to-SATA adapter. I swapped the SATA drive for a 16GB DOM, but had the same result.

*Feb 25 2021: I ran into issues with the system itself after switching over to the "ThinOS" option. I reached out to Clientron in Japan and was sent a link to a reflash utility. I ran the utility, installing the flash software onto a usb drive. After booting the device from the drive, I followed the prompts to reinstall the software onto the original DOM. I recommend NOT having a mouse plugged in. My system screen was filled with connects/disconnects coming from the USB mouse which didn't seem to affect the install process, but made following along difficult. After it finished, the system rebooted. I was greeted with the DevonIT boot screen and then the screen went blank for a bit. I tapped an arrow key and was met with the OS selection screen as above!