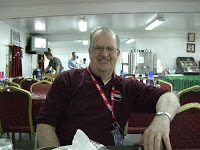 Ten years really does go by quickly. I miss one of the greatest gaming buddies I ever had.
on July 25, 2017 No comments: