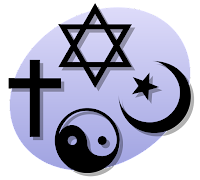 It occurred to me today, this Labor Day, that we are seeing more and more stories of people refusing to do certain aspects of their jobs in the name of their religious beliefs. I figured I'd toss my two cents into the Interwebs for no good reason other than I feel like doing it. I think my take on it can be summarized in two sections, so I'll start with that and we'll see where things go.

First: Doing your job. You know, the funny thing about most jobs is that they change over time. If you are a seasoned worked (or are retired and looking back), think back to when you first started your job. Are you doing EXACTLY the same thing(s) you were doing when you first hired? Sure, the core of what you're doing may be the same (and, perhaps maybe not), but other duties have come and gone during your career(s). I would venture that some of those things have been great additions to what you had been doing, while some things have been added that you absolutely loathe. Jobs change. Jobs evolve (or devolve) over time. There are new rules, regulations, technologies, etc. All of these combine to make the job you were hired to do different than the job you may be doing now. For that matter, if you have been promoted over time, the nature of what you do has also changed. Change is a part of how the world works. Like it or not, sometimes, those changes mean you will be doing things you hate doing. At that point, it becomes an issue of personal choice: You choose to keep working there in that position or you choose to find another job, start your own business, move, whatever.

Oh, I know, people say all the time, "I can't just up and move my family!" Actually, with the advancement of today's transportation technology, you can do that precisely. Heck, my in-laws used to up and move from Arkansas to Oregon and back every so many years, depending on the logging industry (if memory serves, it was logging). They did it before our modern conveniences, but really, it wasn't all that long ago - my mother-in-law was a kid when her family did this. Today, one can up and move with truly little effort.

"But, I don't want to uproot my family or what if the cost of living is higher or .. or .. " Yeap. That's all part of the choices we make. We must weigh what is important.

Now, there is a slight difference in taking a job where you KNOW what you are required to do as part of the job (say, serve alcohol on a plane). You know going in that is part of the job. If that goes against your religious beliefs, then you don't take that job. Yeah, it's that easy. It's called foreknowledge. Look it up.

When the rules change after you are already working somewhere, that's a little different, but not really. Why not really? Because the fact is you were hired to do a job. Jobs evolve, as mentioned before. If you don't like your new roles and responsibilities, your duties and your requirements, then you leave the job - for whatever reason. They may be religious, they may not be. But, you leave if you feel that strongly about the changes.

Second: Your religious beliefs and where your God wants you. I did not "grow up" Christian or any religion for that matter. In fact, for a long time, I didn't believe in any kind of spiritual beings. Over time, I examined various religions. What I found was that many religions tout their "god" or "God" placing people right where they needed to be for particular reasons and/or for particular seasons of life, certain events, etc.

If the rules and roles of your job change that go against your own religious beliefs, is it possible that your God has put you in that spot at that time for a particular reason - a purpose, if you will? Maybe you are supposed to be there to serve as a witness to those you encounter. Let's take that one further.

So, you are there to be a witness, and example, to others. How are you reacting to the changes in your duties? Are you accepting them graciously, praying that your God give you the wisdom and insight as to how to handle things? Are you reaching out to serve as model version of what you believe your religion says believers should be? Are you raising a raucous and condemning? Are you refusing to perform your new duties as an outward protest as a means to show just how loving and accepting your religion is (if, in fact you belong to one that is - I know not all are devised in such a manner)?

Perhaps, if you stay in the position (see the section above about moving), you are there for a reason. Maybe your God wants you right there, right then to show what it means to be a member/believer in your religion. So, what example are you setting? Would YOU want to be a part of your own religion if you saw someone acting "ugly' (as they say)? Would that make you want to draw closer to their God?

Cheering on the Cubs!