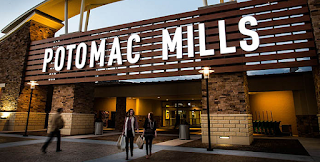 Back in 1989, I worked for a retail computer company called "Tract Computing." The operation had two locations: one in the Potomac Mills Mall in Woodbridge, VA, and the other in an office complex in Alexandria, VA. I have tried to research information about the company since, but have come up empty.

What I do remember, however, are a few of the things that I will probably never forget. They help lay the foundation for some of my core beliefs regarding business and handling employees. In this post, I'll share some of the things I remember (which may or may not have anything to do with business practices, but are rather memories).

In those days, we sold everything from hardware including PCs, Amigas, C64s, all kinds of peripherals. We were basically like Computer Shopper magazine in a little store. We weren't anything like Software, etc or Babbages or the myriad of other computer-related stores, but we were one of the few in the area. Sometimes, just being there is enough to have a moderately successful business.

Shortly before I left, the manager was fired for allegedly stealing money from the company. Apparently, she wrote company checks to herself, which she signed, and then she endorsed on the back. The bank raised a few questions after the check amounts continued to grow, and things spiraled from there. Note: this is the story as I heard, so if facts are askew,  I am not making any accusations nor legal claims here. Nor am I trying to slander/libel anyone.

Anyway, I thought I would write this post in case any of the folks from back in the day started poking around looking for info about Tract Computing. Thanks for reading.