1997: The Year of Mystique (Mercury Mystique and Matrox Mystique) 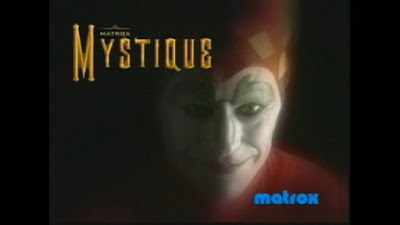 In 1997, I fell victim to two of the worst purchases I have ever made. On top of that, they both shared the name model name even though they were vastly different pieces of equipment.

In those days, I had been driving around in a Dodge Neon. I had a 1996 Dodge Neon. I had seen the car through some trade show something or other as a concept car and instantly fell madly in love with the car. In 1996, I convinced my wife that we should get one.

About a year or so later, I was having weird trouble with the car and decided to get rid of it. I went shopping at the local Ford dealer and came across a maroon sports sedan. Er, more like a compact sedan dressed up to look sporty. That should have been by first warning sign. Instead, it had bells and whistles I could have only dreamed about in my base model Neon. No, this car had a much better stereo system, power windows, power locks, remote trunk, fog lights, cool alloy wheels and a spoiler on the back! And, it had a cool name: The Mercury Mystique! 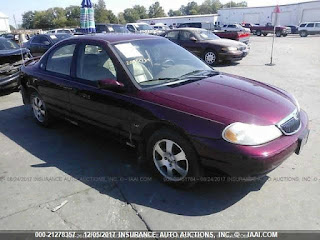 As if that weren't enough, though, at the same time (or around the same time), I had upgraded my computer. I saw a very cool ad with a clown-mime joker dude in it for an amazing new video card. Granted, the card had come out in 1996, but I could finally afford it a year later. Not only was this a supposedly awesome video card, but it share the name of the car I had just bought! This was the Matrox Mystique! How cool was it to own a car and video card with the same name!? Yeah, I was a doof. (Heh-heh "WAS?!") 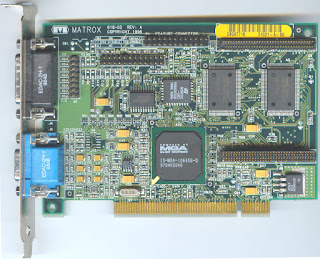 By Swaaye at the English language Wikipedia, CC BY-SA 3.0, https://commons.wikimedia.org/w/index.php?curid=4855006

Turns out, as far as the car was concerned, the only "mystique" was how Ford managed to sell a crap-ton of these things on poor unsuspecting schmucks like me. This car was a piece of junk. The power window system failed (just after warranty), the engine ran like crap, the air conditioner gave out, it drank oil like a man drinking water in the desert. Just anything and everything that could go wrong went wrong all in this one car. I got rid of it in 2000 and bought a Chevy Impala. Now, THAT was one of my favorite cars ever. That's a story for another time.

As for the video card, it ran my Windows installation at a higher resolution than whatever my previous card was. Nothing like squeezing more tiny dots onto a massive 19-inch CRT... As for gaming, though, I remember upping the resolution of certain games, but everything seemed muddy and blurry. It was like, in some games, I was playing with dirty glasses on. I bought some kind of daughter-card add-on for the card (TV tuner or video capture maybe), but it never worked. I even took it back to the store where I bought it and exchanged it. That one didn't work either. Now, it was still a better card than I had before, and even though it had been a year since initial release, the card still cost me a pretty penny that I didn't really have at the time. So, with the money invested and performance boost, I soldiered on with it until 2000 when I dove into the world of ATI and Nvidia graphics cards.

Both of the "Mystique"-branded equipment in life became unlovingly referred to as the "Mystakes." Both ended up being foolish purchases, which even to this day in 2020 I hold a deep hatred for both items. Though, I admit, I hate the Mercury far more than the video card. 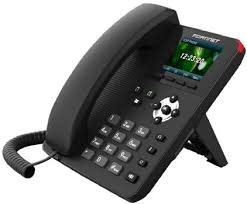 If you need to do a factory restore on a Fortinet FON-175 (or FON-175i, FON-375, FON-375i) device, they will send you a document that refers to the "Post Mode" in order to do a recovery via post mode. While the document is helpful, I couldn't make the recovery work as it was written.

In the document, it suggests you use FileZilla FTP Server. For whatever reason, I could not get the phone's built-in ftp client to connect to FileZilla. After much hair-pulling and Googling, I stumbled across another ftp server to use instead of filezilla: CoreFTP Server.

The setup is a little wonky, but in a nutshell:

By the way, there is a version of the document online here (though in a foreign language):

*Note: even though this method allowed me to update my phone, the phone itself was still bricked. It kept rebooting after getting to the user screen. At least it was worth a shot.