While watching TV today, Shan made the comment that Bret Somers had died. I had no idea! I don't anything about her, other than I watched her all the time on "Match Game" when I was growing up. I did manage to come across her Official Website while looking for info regarding her passing...

I gave Daisy a haircut yesterday (Friday) because it had become so tangled I could not simply work out the tangles. In horse lingo, they call it "roaching." In my language, I call it a "buzz." Her mane has been trimmed down to about 3/4 of an inch. As it grows, we will 'train' it to fall to the one side (I hope) and we'll do a better job of trying to keep the tangles out! :-)

Tonight (Saturday), one of my favorite local (they are from northwest Arkansas) group is playing in Hope! They are Hannah Blaylock and Eden's Edge (website). The Hope concert will be their last before they to Nashville to seek out their 'big break' (even though they have 2 CD's out already!).

The concert was fantastic! Because of the venue (the old City Hall building), and because there was a small crowd, it was a very personal concert setting. Shan and Emily both went with me, and they enjoyed themselves. For me, one of the best parts was near the end, they asked if there were any songs they hadn't played that we wanted to hear. I yelled out, "Jesus Saves!" And they played it! :-) It is one of my favorite songs. They had a good mix of uptempo and slow songs, plus threw in a couple of "pickin" songs for good measure.

Cherrill's sister (who now lives in Bradley) got on stage and did a duet with Cherrill! It was very touching. Later in the show, after they did "Jesus Saves," Hannah called her mom on stage and they both sang "Spoon River." Hannah said her Mom didn't get to see many of their concerts. How fitting that she not only got to see their last as "Hannah Blaylock and Eden's Edge," but that she also got on stage and sang with her daughter!!

The group will now simply be called "Eden's Edge," so if you hear of them, you'll know that it is the same group.

At the show, Emily and I each got a poster that was hand signed by each of the group members in silver Sharpie (still wet when we got them because the back of mine has smeared silver streaks!), and everyone got a program.

I have been to several concerts in my life (Cyndi Lauper with The Bangles, Motley Crue, Bon Jovi, Barney Live, Steven Curtis Chapman, and a couple others), but this was one of the best because it was such an intimate setting. And, there is something cool about seeing a local band, singing along to all the songs (well, except for one brand-new one), and sharing a couple of "family moments" that you never get after they're "stars." I will always be proud to say, "I saw them when..."

To Hannah and Eden's Edge, I wish you all the best. May God bless you in your journey! 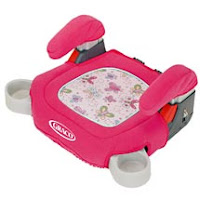 After the show, we went to Wal-Mart to pick up a few things for Sunday lunch. I also got Emily a new booster seat! She is now big enough to ride with a booster instead of the car seat she had been using. She loved it, mainly because it actually sits fully upright without leaning to one side or the other! Plus, it *IS* pink, after all. I tried to get a blue one to match the truck, but as soon as we saw pink, well, that ended any discussion. 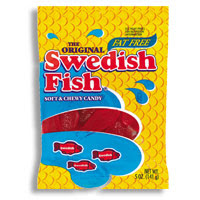 So, I had a weird dream last night, though it had a recurring theme. This time, I was in college (AGAIN), and as usual, I was late for classes that I didn't remember signing up for. And, of course, there were tests in those classes. I think I have those because that is a part of my real life - I really did take classes in college that are on my transcript but I have ZERO recollection of ever signing up for. You would think they would drop you after NEVER having come to a class, but nope... Anyway, somehow, upon leaving the building, I managed to come across some kind of gang or something. I took off in a truck (not mine, don't know where it came from), and we had a chase through the old neighborhood I grew up in (in Prospect Park, for those that know where that is). The whole time, I'm looking around, saying, "This ain't right... I live in Prescott... How the hell did I get here?" Now, I am usually good at realizing I am in a dream and can either wake up or change it. Not this time. So, after a few turns, I am racing through the woods that were behind the apartments I lived in during 5th-9th grade. Again, I am going, "What the?? This is NOT right!" The gang is shooting at me, though, like in the movies, their shots never land anywhere near me. I finally stop at the dairy (it was a little convenience store, for lack of a better word, near those apartments), and get out of the truck. I run into the store where I spy the counter full of candy as soon as you walk in (VERY smart on the part of the owners) and the refrigerated stuff off to the left behind the shelves of bread and such. I buy a bag of Swedish Red Fish (some of the best candy ever!), and when I leave the store, I find myself in class again...eating Swedish Fish... and, yes, as usually happens in these dreams - I have no clothes on.

Okay, really...why do we dream that?? Do we HAVE to be naked?? Come on, man! I don't remember much after that, as I woke up shortly following my appearance 'au naturale.'