And the Award Goes To...

Part of this week is being spent in Hot Springs at the Arkansas DL Assoc. conference. During the awards luncheon, the group that started the K12 DL Curriculum Portal were awarded the K12 Service in Technology Award!! We are very excited and very proud of the award. I'll get a picture of the plaque and post it here later. It means a lot that our hard work over the past two years was recognized by people to get us the nomination, and then by the awards committee to give us the award!

We have jumped over many hurdles and through many hoops over the past two years (which I shared a lot of those with you on here), and it feels great to know that people all over the state are seeing what an impact the site has on K12 education in Arkansas! 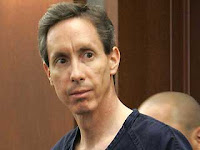 I read online that Warren Jeffs has been convicted. If you don't know, he is the wacko that has a community convince he is some kind of prophet who specializes in polygamous marriage arrangements. In my book, anyone who runs a cult or cult-like 'organization' or 'community' is a wack job. And, his was so bad that he limited what was taught, how it was taught. That is how you control people, and how you ultimately lose that control. As .38 Special once sang, "If you squeeze too tightly, you're gonna lose control..." Exactly. And, it's about time.

It is 8:40pm. I went to the 70's Night shindig. Some of the folks wore 70's-related T-Shirts, a few dressed the part (long hippy hair, headbands, or fros with Elton John glasses, etc..). Tonya, the ARDLA president this year, dress as Cher, and she was a very good imitation. Very funny!

For the record, I didn't even reach double-digit ages until the 70's were a memory. I recognized some of the songs the guy playing a guitar was putting out, but some I had never heard. I won't say which ones because I know certain people (like my Aunt, and half the people at the thing) would probably wring my neck, or gape in disbelief. I never went through a "70's revival" in High School or college. As far as I am concerned, for good or bad, I consider myself a child of the 80's. That is the music I listened to most and that I most identify with. The 70's party was kinda fun and all, but really, it was pretty much lost on me... That's nothing against it at all... Sometimes things ring true for us and sometimes they don't. That's life! :-)

Though, I guess the guy they brought in to play was playing some disco or some harder rock, I might have recognized a few tunes... :-)

So, for all the DL folks that went and read this, I'm glad y'all had a good time!! :-) I'm looking forward to Wednesday night - BASEBALL NIGHT! Suh-weet!!