Not something you read every day...

According to The Business Insider, the New York Times could save $300 million per year by buying each of their subscribers a Kindle instead of printing the actual paper. (article here)

Now, if you haven't heard of The Kindle, it's a device developed for Amazon.com as a way to get you the periodicals, books, and other media without actually having the paper in your hand. It's electronic and uses cellular technology to deliver the goods. 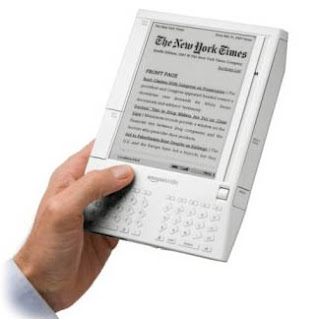 The thing was met with mixed reviews, mostly because it looks like a blocky, heavy, ugly thing. The controls were, evidently, not very user-friendly either.

Now, the Kindle II is being introduced: 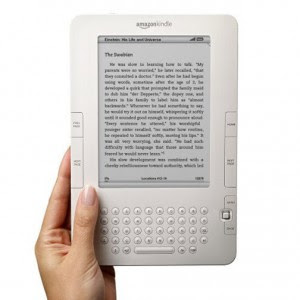 Seriously? Maybe I'm too old school, but I just don't think this whole idea is going to fly. I'm not a huge reader as it is, but I sure don't want to carry THAT thing around unless I am forced to.

However, this is a discussion about the NYT saving money (and for all you peace-love-and-many-groovies people, trees). Seriously, if the New York Times could save 300 Million Dollars in printing by sending their subscribers one of these things, I think we are seriously looking at the beginning of the end of printed newspapers.

Oh, I know, the town criers have been shouting this for years, but the number one reason we still have papers to hold in our hands is because many of the readers of those papers grew up with paper. We like it. It feels good in our hands, we can easily turn to the page or section we want, we can read the comics in color.

Yes, the Kindle and Kindle2 offer no color screen. Many folks are wondering why we would need color if all we are reading is text... Because we LIKE color... We want to read our comics in color. It's a colorful world out there and we want to see it on our screens and in our hands.

But even color issues aside, the fact is, I would guess most newspaper readers in the country (perhaps the world) are NOT the Gen-X, Gen-Why, Gen-Me crowd. The readers are the same folks that like to do the crossword in pencil. I am in that category (though I like to do them in pen). I had a TabletPC for work. It was neat, still is cool. But, the fact is, I like my notebook full of paper and a pen to hold in my hand. I like to be able to open a book and close the book. Sure the Kindle has bookmarking, etc etc, but it's not the same.

Where does all of this lead? As I said, it is the beginning of the end of newspapers in print. As those of us that like paper get older and pass on, our children and grandchildren will not want the paper version. They love the gizmos and gadgets. They want to be able to mark this, turn it off and pick up some other gadget then come back to the 'e-reader.' One day, I would venture a guess at 15-20 years from now, paper media will be very hard to come by and electronic delivery will be the preferred (perhaps only) method. Newspapers, magazines, publishers who think otherwise have their heads buried far too deeply into the sands of time. Print media outlets had better come up for air soon, or they will find themselves buried.
on March 02, 2009