My thoughts and prayers are with John and his Mom. John's Mom is 92, and has been having a hard time keeping her balance lately. Today, she took a very, very bad fall. She broke her nose, her knee, and bruised herself pretty badly. According to John, she will undergo knee surgery on Friday, then be in the hospital for 3-5 days afterward. Following the surgery recovery, she will undergo hospitalized physical therapy.

I know this is a difficult time for both of them. We are praying for them both. 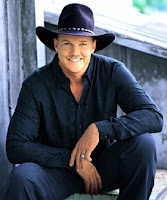 Tonight (Thursday) was the finale for Celebrity Apprentice. Piers raised gobs of money for his charity. That's all well and good. But, the simple truth is that throughout the show, it was rarely about his charity - it was about winning the task. His whole goal was to decimate the other team/player. I don't agree that Piers was chosen as the Celebrity Apprentice. I believe Trace raised more awareness for his charity (Severe Food Allergies) and brought a little known disease to a world-wide audience. His daughter suffers from the disease so he is very personally involved with his charity. To me, THAT is who should represent the "Celebrity Apprentice." Charity should never be about ruthlessness and rolodexes.
on March 27, 2008