I cannot believe it is only Tuesday night...

Yes, it is only Tuesday, yet the week is already dragging along. I suppose it is because I have spent the past two days reinstalling Windows XP and various applications on 17 wireless laptops for one of my schools. That is not a complaint in itself. The issue I have is that each one had to be done with the 'hands-on' approach. I don't know if you have ever had the lovely experience of reinstalling everything from scratch on a single computer, but let me assure you, it does not increase in any sort of jubilation factor when multiplied by 17. 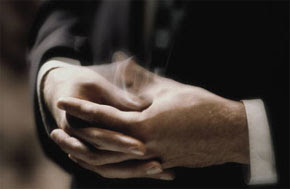 The fact is, time is spent thumb-twiddling for the most part. You wait for the computers to install whatever software in order to perform the next installation, configuration, etc. And, as in most cases, there is one CD to share among all the computers. Now, I did have three flash drives, so I put some of the "smaller" programs on there and copied the files to the laptops in order to do simultaneous installs. I say "smaller" because the smallest one was 170MB. By today's standards, that is pretty small. I grew up old school - my first computer was a Commodore 64 and my first PC-compatible had a 120MB hard drive... Are you getting this? The PROGRAMS that I was installing are bigger than the entire storage capacity of my first hard drive! Talk about your bloatware....

Popped in my head: Ken Jennings, John Carpenter, Richard Hatch, Omarosa, Bill Rancic... Ring any bells? Everyday people that auditioned for and were asked to join various reality/game shows who transcended the show and became famous (or infamous, as the case may be for some). Here's the second part of this one - I would bet that if I had put only their pictures without any names, you'd be able to tell me who they were in a heartbeat. Life is so weird...

(image from letsgotribe.com)
While poking around the 'net yesterday, I came across the site for "Tribe Tunes." They various 'songs' (music with audio clips from Indians games) on there, but their best one actually is a song "Let's Go Tribe." Very cool stuff.. :-)

One of my favorite songs right now is "Teenagers" by My Chemical Romance. Now, I first heard it on the radio so I downloaded the "clean" version from iTunes. Maybe someone should explain to me exactly what constitutes "clean." Or, maybe I should get the explicit version and compare notes. The "clean" version has the chorus, "Teenagers scare the living sh!t outta me..." and they sing the real word. Maybe it's just me, but it seems the "clean" version would either have dead air at that point or they would change the word to "crap" or even "hell."

I decided to write a review to the "clean" version of the album, and submit a note to the iTunes powers-that-be to see how things are determined to be "clean." We'll see how far that goes, if anywhere at all....

Well, since I brought it up, why not provide a list of the songs currently on my MP3 (not in any order other than the one in which I remember them):

Rockstar, Teenagers, Nothin' Better to Do, The More I drink, All My Friends Say, White & Nerdy, First Redneck on the Internet, It's All About the Pentiums, A Woman's Love, If Everyone Cared, Online, Playground in My Mind, When You're Gone, Bubbly, First Time, So Small, Girlfriend (Featuring Lil Mama), What if Cartoons Got Saved, If You're Reading This, What Time is It (HSM2), Good Directions, Home, Wasted, The Heat is On, and several more that I cannot think of right now (it being 11:15 at night and all...)