Let's see who's cheering in about 9 months 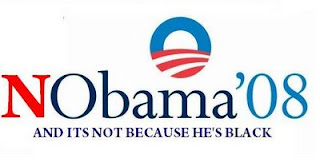 There was a rap several years ago: Don't believe the hype. People would be wise to follow that advice during the next "four years." I put that in quotes because I believe things will reveal themselves LONG before four years comes around.

This is not a race issue, though I do believe that race will play a part in what happens in the near future. As we have watched the coverage, we have seen many people on the TV shouting things like, "It's OUR time now!" and "We've made it to the promised land!" You can laugh and correct me all day long, but I am saying it here and now - there will be civil unrest before things anywhere near getting better.

I think history has been made. Let's hope it is a history that proves to be positive and something we will be remembered for in a positive light, and not one that has befallen empires before us: The Ottomans, the Romans, the English - none of those great powers are anywhere to be found in the capacities they once had.