A nice day to do nothing - too bad we didn't

The weatherman said it was going to rain today (Saturday). He was wrong. What was supposed to be a nice day listening to the rain outside turned into working our tails off outside.

Have I mentioned that I am not an outdoors kinda person? When I say 'outdoors,' I don't just mean things like camping in a tent. I mean, I would generally prefer to be inside than outside. Now, there are times when being outdoors is great fun: baseball games, horse riding, campfires, that sort of thing. At the top of my list of outdoor things I don't like? Yard work. Yeah, so the yard looks great when you're done, but it's still at the top of my list.

I should back up a little first, 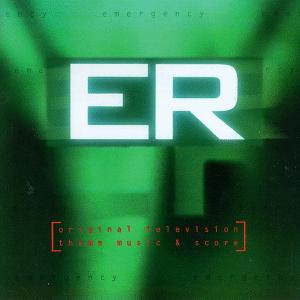 Shan and I woke up this morning, the kids were outside, and we decided to watch the "ER" retrospective that we had DVR'd on Thursday. It was a very cool, touching, and funny look back at one of the best dramas that had been on television. For me, the most touching moment was during the interview with Alex Kingston (Dr. Corday) remembering the final scenes with Dr. Greene (Anthony Edwards). She broke down and asked them to cut. We all know those are 'just' characters in a show, but over time, we still connected with them and they became lifelike to us. We loved some and hated others. In the end, though, they touched us (referring specifically to me and Shan and not the 'global' us, though anyone who enjoyed the show would certainly fit in here, I'm sure.) in ways that become a part of our own fabric of life. The funny thing is, Shan and I had only watched a couple episodes this past season. But we still feel the connection to the folks we saw on the screen.

After we watched the retrospective, we called the kids inside and started cleaning the house. Once that was complete, we ate lunch. shan had made 'Tater Tot Casserole' - one of our favorite meals! I could tell the weatherman had missed the boat. Our grass had become out of control, and I knew it was a perfect day to get out and do some weed-eating. Little did I know that would lead to a full day of getting outdoor things done. While I did the chip-chopping, Shan drove the riding mower and cut the grass. 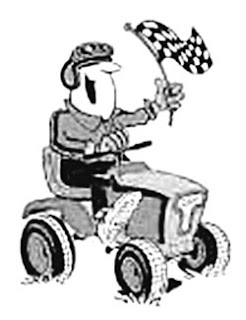 After the mowing and weed-eating was done, we decided it was time to wash the side of the house. We have one side that does not get much sun exposure, and because of that, things get wet when it rains but sees no sun to dry out. Can you say moss (or some kind of moss-like stuff)? So, we broke out the heavy-duty cleaner, mixed it in some water and started scrubbing. We tried to use Shan's Dad's power washer, but it's not working correctly so we turned to the 'old-fashioned' way: elbow grease. We scrubbed, swiped, wiped, and hosed for the better part of the afternoon. Of course, that led to scrubbing down several parts of the house.

There were other outdoor things we took care of (more on that tomorrow - Sunday), and by the time we came back in the house, it was after 6:00pm. Shan and I hit the showers and collapsed onto the couch.

Time is a little blurry for me, but somewhere in there, we watched the two-hour series finale of "ER." I have to say, it was one of the better finales I've seen in a while. I thought it was a great touch to bring back Rachel Greene. When she first came on the screen, we both knew that we knew her, but couldn't place her right away. I finally said, "Hey, wait, she's Dr. Greene's daughter!" There ya go. 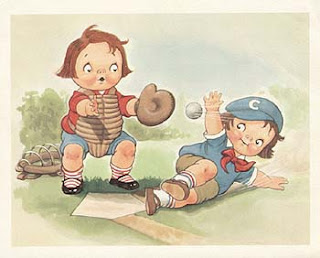 Emily wanted to play some baseball, and even though we couldn't move our arms and legs, we went out and played a little ball until it was too dark to see anything.

When we came back in, we had supper. We ate the rest of the Tater Tot casserole, and it was great! After supper, I took a look at the fridge. See, after lunch, I grabbed an ice cream bar from the freezer. It wasn't fully frozen. Something was not right. So, after supper (and our workday outside), I started poking around. I pulled the front cover off the bottom of the fridge, and there were big ol' dust bunnies under there. After who knows how long, I finally had the coils cleaned off. Now we just wait to see how the fridge reacts. Hopefully that is all that was wrong.

Ah, I forgot, we also started our weekly laundry today, too. As I said, there were other things we did, but I'll cover that on Sunday. In some ways, I'm glad it didn't rain and we were able to get the yardwork done that needed to be done. In other ways, a nice downpour would have been nice.... At least I got my exercise in!
on April 04, 2009