I did not grow up with ABS

Evidently, my 2004 Dodge Ram 1500 did not have anti-lock brakes. How do I know this? Because my 2009 Charger *DOES* have an anti-lock braking system. And, how do I know that? Well, aside from the little "ABS" indicator that lights up on the dash board during start-up, I engaged my ABS the other day, much to my surprise! And, to my knowledge, I never experienced anything quite like I did the other day... 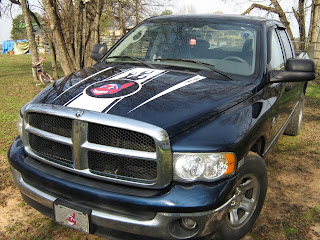 I am old enough to have been trained up in the ways of driving long before ABS was a twinkle in some engineers eye - or at least before the general public was allowed t have it anyway.  Thus, I was brought up with the "pump/release/pump/release" method of stopping hard.

Now, I do remember being told that in an ABS-equipped vehicle, one should NEVER do the pump/release as it defeats the system and can actually cause more problems than it solves.  Learning this, though, does not immediately equate to understanding.

When I first brought my car home from the dealer, I applied the brakes as we approached our driveway.  We live on a gravel road with a lot of pits and potholes and, well, loose gravel.  When I put my foot on the brakes (from about 30 mph), I felt the brake pedal pushing back at me in spurts and heard what I thought was a horrid crunching noise coming from the front-end of the vehicle.  My first reaction was shock, then a bit of fear (afraid I had managed to break something already), then I was highly ticked off that I was sold a car with bad brakes! 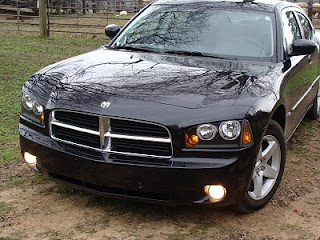 I let it go, figuring I would ask the dealership about it when I took my car in to be serviced.  Before that could happen though, I met a couple of deer running down the paved road that leads to our dirt highway leading to our house.  I stepped on the brake, felt the pumping against my foot, heard the crunching from the wheels and came to a dazed and confused halt in the road - unscathed and in the same general place I had started the stop.  I was more freaked out about the car's reaction than the deer for which I had come to a screeching halt.  The deer, by the way, had scampered over a barbed wire fence and into the woods.

When I got home, I made a mental note to check out ABS and to make sure I wasn't the only having this "problem."  Not only was I *NOT* the only one, it turns out the brakes worked exactly as they were designed: 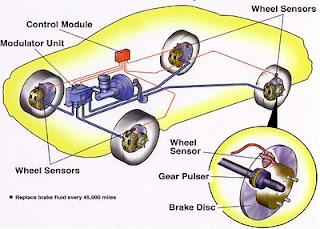 I found several forums and several other informational sites that featured posts by concerned drivers who, like me, had never experienced the "thrill" of stopping on anti-lock brakes.  What I also learned was that if I ever truly feel unsafe, I should have the braking system checked to be on the safe side.  I will do that if I feel like I am ever out of control while making a sudden stop.  As it stands, I now understand what had previously been explained, and I feel fine about the whole thing.
on January 01, 2010