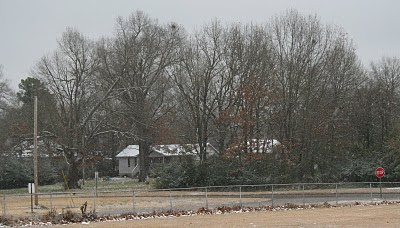 I awoke this morning to un expected surprise: snow flurries!  Living in LA (that's Lower Arkansas), we were not expected to get any of the precipitation the northern part of the state received.  Evidently, Mother Nature had other plans.  The snow flurries were actually a mix of rain, snow and ice.  Bridges were sketchy at times, but the main source of frustration was the morning scrape-off (windshields, etc).