Tropical Storm Fay is heading toward the Florida "panhandle." Normally, this wouldn't affect me much. But, it hits a little closer to home this year, since we recently drove the panhandle on our way to and from Disney World.

As I gave this some thought, it occurred to me that with all the traveling we have done within the US for vacations, we have added quite a few 'relevant' places to our ever-growing list. We've spent time in San Antonio, Dallas, Nashville, Bowling Green, Memphis, St. Louis, Chicago, Orlando, New Orleans, Shreveport, plus other cities that we've been to like Washington DC, Pittsburgh, and Cleveland. In most cases, we have driven to our destinations, so included with the listed places are all the places along the way that become a part of who we are and what we seem to pay a little more attention to.

As Fay nears the Gulf Coast, we'll be watching to see how the storm affects the places we've been to just a few short weeks ago.

Okay, I'm saying it now: I hope the Jets get their butts kicked all season long, and I hope Favre is the ultimate reason. Why? Because of his teary-eyed, Hall-of-Fame-ending career and goodbye. Well, it's more than that. The fact that the 'comeback' was basically treated with disdain by his former team. That right there says it all. Go home. Be retired. Become an analyst. Don't give us a "I need to be with my family" send-off only to return to play for a team that is EONS from your family. Yes, people have the right to change their minds. But in this case, I think he should have just stayed home. If the seasons sucks, he will then decide that coming back was a mistake and his amazing career will forever be tarnished... I used to be a Favre fan. That's "USED TO BE..."


The US continues to kick some serious overall Olympic butt. But, Jamaica is running circles around everyone (literally) on the track. For whatever reason, I watched the Women's Eight rowing. Turns out, it was actually fun to watch the US grab an early lead and never look back. USA! USA! USA! 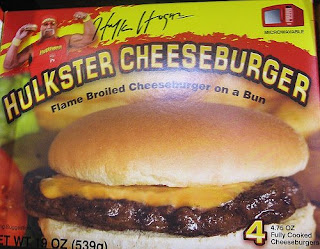 Did you know that Hulk Hogan has a line of frozen foods? He's got Hulkster cheeseburgers and chicken and who knows what else... Seriously...

School starts in about 8 hours here (it's 11:30pm as I type this), and yes I should be in bed. I'm heading there in just a minute. If you have kids going back to school this week (or no matter WHEN), remember to keep an eye out for little ones that might dart out into the road.... Let's be safe out there!