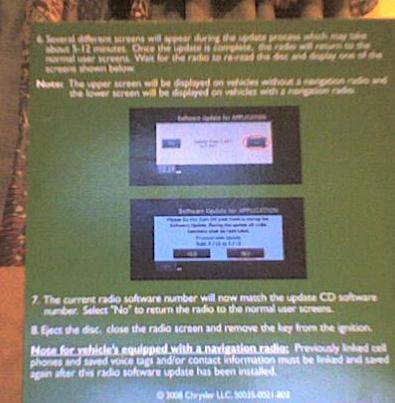 When we got the mail today, there was a package for Shan from Chrysler. Inside was a CD labeled "MyGIG Radio Software Update." So, here we are again. We have to upgrade our vehicle's software. I don't know why this bugs me as much as it does. After all, our vehicles have more electronics than the rocket that went to the moon! And, as the Internet and World Wide Web continue to mature, EVERYTHING will be connected. I digress. 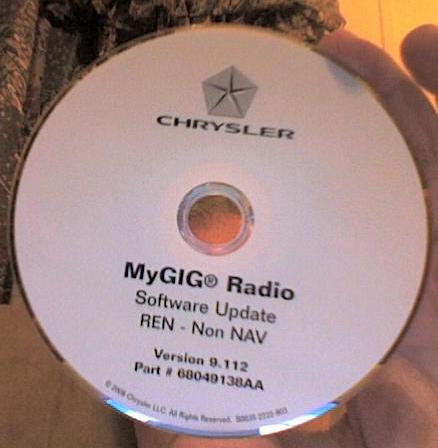 I popped the CD into the media system (remember when it was called a radio?), and let the computer do the rest. After a few minutes, the system rebooted. Frankly, I don't know what got fixed. I haven't played around in the settings enough to see what differences there might be.

I mentioned in a previous post that we were having trouble with the rear satellite saying, "Updating Channels" and never actually UPDATING them. When I looked online before, there were several people with the problem, but no solutions. Tonight, there was one possible solution posted: unplug the battery, wait, plug the battery back in.

So, I tried it. I popped the hood, disconnected the battery, and waited about a minute or so. Then, I reconnected the battery and turned on the van. I set the front radio to FM then got in the back and set the rear system to SAT. Much to my dismay, it said, "Updating Channels." I was not happy. But, I waited to see if anything would change. After all, it might take a while to update the channels, right?

After a minute or two, the unit appeared to reset, and then the SAT popped up with channel 60 on the screen! Awesome! As a test, I switched to Channel 103, listened to it, then switched to a few others. It worked!

Being the computer guy that I am, you would think "rebooting" would have crossed my mind. I never would have tried disconnecting the battery though. Thank good ness for the Internet! :-) In fact, I think I'll submit that as a fix to the fine folks at Chrysler...