It feels like it should be Friday, and we're just halfway through the week. School started on Monday, and I have been running ever since. I do not, however, count that as a bad thing. Tiring, making me bone-weary, yes. But, not a bad thing at all.

Monday began with a phone call to help a district that was having connectivity issues. Turns out, they had plugged a cable into the wrong port. It happens and is an easy fix. During lunch, we get a call from another campus of the same district, and THEY are having problems connecting. John and I head to the school to check things out. They had hooked up the equipment after the summer cleaning session, but forgot to plug in the wire that gets them to the rest of the world. Again, it happens and is an easy fix. The rest of Monday is a blur in my memory.

Tuesday starts off with me heading to a district 30 miles down the road. They had several problems with their computer, but after a bit, I was able to get them logged in to the district's network and get them onto the 'net so they could do their child testing and reporting. That was followed by a trip out to another district (about 20 miles or so from the first) because the district had misplaced the cables to the computer in the early childhood room. Which cables? How about power cables, USB cables, and I think even one of the network cables was missing. Fortunately, I had come prepared for this and had spares of everything they needed. The rest of the day was a blur of ordering equipment, installing equipment, and general taking care of business. 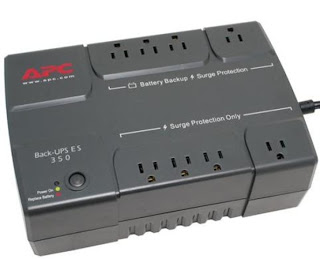 Today started off with a trip to the early childhood program that is about half a mile from the office. Nice! The problem? Well, for one, the battery backup didn't seem to work right. Secondly, the new hire could not log in to the computer. The first problem turned out to be one of 'lack of education.' That is, the teacher had not been educated in how the UPS worked. This UPS has a "Master" outlet, several standard outlets and then 3 or 4 "Controlled my Master" outlets. The general idea is that one could plug in a computer, say, to the Master outlet, then things like the monitor to the "Controlled by" outlets. When the computer shut down, so would the monitor. When the computer came on, so would the monitor. Nice idea in theory. The problem is that they did not have anything plugged into the master outlet. So when they plugged devices into the "controlled by" outlets, there was no power... I got 'em fixed up. The second issue was easy to fix, so I created an account for the teacher and she was good to go! The rest of the day flew by in a flurry of meetings and more general 'getting stuff done.' 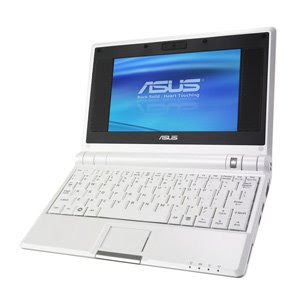 At one point, a superintendent dropped off his EePC because he wanted to upgrade the web browser to Firefox 3. Well, that's not a s cut and dry as it should be and his local tech ran into trouble trying to get it done. Then, *I* ran into trouble trying to get it done. Turns out the online steps we found neglected to inform us that we could no SPACES in the folder names... That might be something they should TELL people... Eventually, though, I figured it out and then emailed the tech to let her know what I did to make it work in case this comes up again... :-) There were other techie things I did today, too, but as in the days gone by, they flew by in a blur.

Through all of this, I have enjoyed every single minute of it. This really is what I like to do, and what I do best so far in life's working side. I am a take-it-apart-rebuild-it-and-figure-out-how-to-make-it-work kind of person. I'm a troubleshooter and a fix-it man. I'm a techie guy, and changing jobs to get back in this role is one of the best job-related decisions (though, I'm not sure 'descision' is accurate here, since it came from the boss to change jobs) I've been a part of in a long time.

I wish I had stopped the truck this morning while taking Tyler to school. As we passed by a field, the fog was thick, but you could see a cool silhouette of a John Deere Tractor through it. It would have made for a VERY cool picture... Oh well, maybe next time. :-) So, why tell you at all? Because you can picture it in your mind's eye... A dark, green tractor parked in the field, barely visible through a dense fog. You can almost make out the trees behind it and the hay bales it left behind from the day before....
on August 20, 2008