I had planned on jotting down a few thoughts Wednesday night, but it didn't happen. Instead, I spent much of the night watching the progress bar travel across the screen while I reinstalled Windows XP. I had already backed up "critical" info through my daily backup program (Back2Zip), and about two days before that, I had done a full system backup. So, for the most part, the timing was just about right. Except, really, there is no "good time" to reinstall Windows. But, I had become so frustrated with the fact I could no longer burn DVD's (or even CD's) that I tried everything else under the sun before I reformatted.

I even discovered that many, MANY people were having trouble after Microsoft forced everyone to install their "Genuine Advantage Validation" program. I found out how to disable that and remove all traces of anything dealing with it. That did not solve my problem, and in the process, seemed to create a whole slew of others. I knew it was time.

Once I got Windows up and running, I tried to burn a CD, but it failed. I was ticked. But then, I remembered that sometimes Windows "forgets" that you have a burner. Right-click on the CD drive, choose "recording" and put a check in the box. Then, I made a CD. Excellent! I installed Nero 7 and burned a data DVD! Awesome. From there, I started installing my apps, and I still have a way to go, but at least it seems I can burn discs again.

Being a parent is not as easy as I told myself it would be. When I was a kid, I forgot to do my homework several times in a row, and was promptly given detention. I never made that mistake again. Tyler's mid-term grades came out, and since we can check them out online, we learned that his two C's could have been A's had he done his homework. So, since the teacher was not offering punishment for his lack of homework performance (as was done to me all those eons ago), his parents got to dole out the punishment. Now, I have to say, I believe discipline and responsibility start and end at home. I just never dreamed that we would have to step in and throw our parental weight around. Man, that sucks. But, the key to helping a child understand the importance of completing tasks assigned to him/her is to provide discipline in a manner that is proportional. For us, that means taking away computer and Playstation rights until we re-evaluate his grade standing at Christmas. I think the only exception would be for school-related reports, projects, etc. Taking those privileges away instantly helped him understand the severity of his lack of responsibility. I hope it is something that sticks with him, so that it need not be repeated in the future...

I say all this, not to show that my child is a slacker or is undisciplined, but rather to show that even good, hard-working children need a nudge every now and then. And, as his parents, that is our job. I thin it is vital to explain the discipline, set limits and goals for it, and then help your children reach those goals. In my case, his punishment affects me because I cannot play computer games with him now. So, it is in MY best interest to help him succeed in this endeavor.

So, I'm sure by now, you have some of those "10 worst gifts to give" lists... Stupid.com has their annual list out... Some of my personal favorites are (and by "favorites" I mean these are the DUMBEST!):

A few things that did NOT make this list:
The USB Humping Dog flash drive... 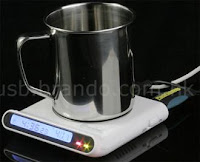 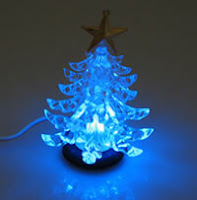 And, last one for today: a REAL usb fish tank (put live fish in it): 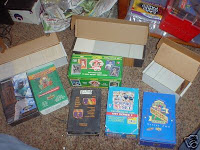 When I got home today, there was a box from UPS on the deck. I knew it was cards, but I thought it was my "big" buy. Instead, it was a smaller assortment of cards (around 2500 or so). They were mostly baseball, with plenty of Indians for me to sort through, along with many other players and stars. The box also had football cards, some hockey, and even Teenage Mutant Ninja Turtle cards. Go figure. My goal is to sell enough of the cards off that I am able to at least break even, though extra income would be very nice! :-) Included in the box is a 23k gold card of Dale Earnhardt. Interesting little thing that is.