Have you got your mind yet?

These were the words spoken first thing this morning when Emily was asking questions while we were still sleeping. See, she wanted to invite a friend over to play. Shan's response was, "I'll have to make up my mind." Evidently, in the mind of our 5-year old, that meant Shan had lost her mind (or maybe it needed cleaning or something) and she didn't quite have it "back" or "ready" yet - thus, "Have you got your mind?" Classic! 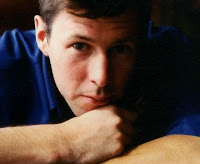 Colin McRae died. He and his son died on September 15, 2007. I don't know how I missed this news, but I did. In fact, the only reason I even know about it now is because it was mentioned in a computer gaming magazine I got today in the mail. Some of you are going, "Colin WHO?" Colin McRae was to extreme baja-style/rally motorsports what Tony Hawk is to skateboarding. Kind of the "poster-boy" for the sport because of his accomplishments and cool stuff. He was born in 1968. Just a year older than I am. They were killed in a helicopter crash as it was approaching the landing near their home in England (He was a pilot). I only saw bits and pieces of any of his races, and I know his name more for the video games he worked on and put his name to. He will be missed dearly by his family and friends.

This afternoon, we went to see "Bee Movie." It was a very cute movie, touching on the "circle of life" concept a little. I have to admit, there is one part in the movie that almost does that "hit you over the head with 'animal cruelty'," but the movie saves itself from being preachy by using the good ol' "balance in the force" kind of thing. One my favorite things about the film was the length. Movies today tend to hover around the 120 minute mark, rather than the 90-minute mark I grew up with and love so much. "Bee" hits the mark almost exactly (listed as 91 mins). The action flows very well, with only a couple of places that seemed to have been dragged out a little. I'm not doing any spoilers or anything, so if this seems to avoid certain subjects/details, that's the reason. I will say that bringing "Kramer" into the film was a nice touch. :-)

I've been playing "Call of Duty 2" recently, as I may have mentioned. Well, maybe I haven't mentioned it... Anyway, it was my brother-in-law's birthday last week, and we got him a copy of COD2, which is what prompted me to load it up. Last night, when I finally decided to quit out of the game, the clock on the PC told me that I should have quit playing about 4 and a half hours earlier... :-) And, since I am not quite finished with my 2nd go-round of the game, I'll be playing again tonight... And with the return to DST, I could actually justify playing an extra hour because we roll the clocks back... :-)

Oh, the computer gaming magazine I got in the mail has the demo for "Crysis" on it! I can't wait to fire that bad boy up!! It is one of the most eagerly-awaited games of the year - killer graphics, sweet gameplay, awesome graphics, amazing physics engine, excellent graphics.. wait, did I say that already?? :-)
on November 03, 2007