Waking up with a ... lukewarm shower? 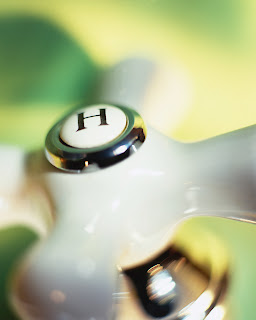 I don't know how you get yourself going in the morning, but I prefer a nice HOT shower. I mean the water is generating enough steam to power a small boat. Well, okay, that reference may be a bit too old for some of you, but once upon a time, engines were powered by steam, not gasoline. I know it's hard to believe, but it's true. 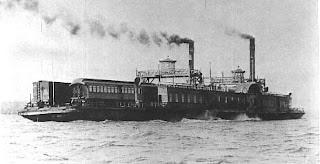 In any case, I usually come out of thee shower looking like I just spent the day at the beach without sunblock. Yeah, melt away that top layer of skin... Ahhhhh....

There are two things that can make or break a hotel in my opinion, and believe it or not, they have nothing to do with the TV, the carpet, or even the bed. First of all, the shower head has got to be higher than I am. I cannot stand hotels where the shower head hits my chest at best. I am not tall by any stretch (heh-heh, unintended play on words there), but come on people... Put the shower head ABOVE my own head. The hotel where I am now - shower too low. The second thing is water temperature. Look, I know a lot of people are all "peace, love and many groovies" about saving water, saving trees, saving the planet, whatever. Me? I want a HOT shower. The shower here has a "governor" on it. It's not a low-temp thing, but rather seems to be a "when the temp gets too high, cut off the heat" thing. Just as the shower was getting a smidge above lukewarm, the hot water would fade to just above a cold shower. Then, I guess when the temp was low enough, the hot would kick back up again.

I dunno, maybe the hot water heater is going out or something.

I realize there much more important things going on in the world, but when one stays in a hotel, one has certain expectations, even if it means savinng the planet is put off for another half hour.
on October 29, 2008