So, I'm sitting here surfing the web, playing games, checking blogs, and the BoSox/Rays game is on. The Rays were killing the Sox when I turned on the TV. It is now 11:20CST and the game is friggin TIED in the bottom of the ninth!

The Red Sox just won the game... Never count the Red Sox out until the very last out of the very last game... I know that from last year's stunning series over the Indians...

I spent the day Thursday at work battling spam again. I don't know what's going on there, but I think I am starting to get frustrated with the software we use. We use Sophos PureMessage. At my previous employer, I was using GeeWhiz/GWAVA for Netware/Groupwise, and I liked how much control *I* had over things. Sophos isn't quite as free with their product...

On Friday, I will be in the office myself since the clerk and John will both be out. I am thinking about a couple big projects that I might tackle while the office is empty. I would love to surprise everyone and rearrange the office, but with my recent biopsy, that's probably not a good idea... :-) Guess, I'll just wait and see what the day brings.

Every so often, rumors come up about another 4-door Corvette... The last "real" one was in 1980, but others have hopped theirs up to create them. While I think the idea behind a 4-door 'Vette is kinda neat, I don't think it makes much sense from a practical standpoint.... But, you just never know.... The rumors are flying around the net again... Who knows. 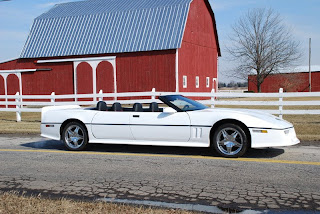 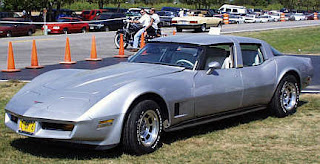 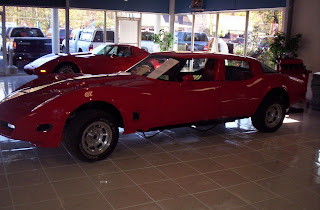