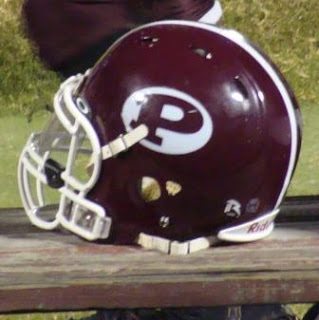 Emily spent the week after school in mini-cheerleading camp! She had a great time, and the best part was that she got to cheer at the Prescott football game Friday night! Of course, we brought the camera along for the fun! 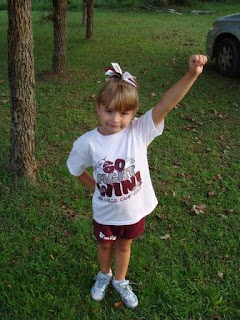 Here she is in one of her "poses" before the game! 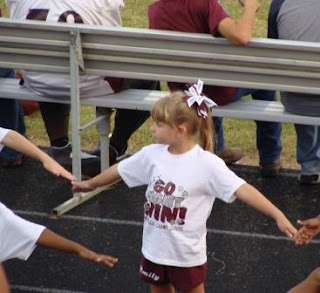 Everyone has to spread out and make sure they have plenty of room to cheer! 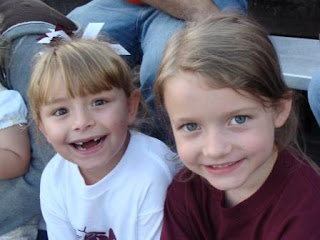 Emily and Sarah hanging out during the game. 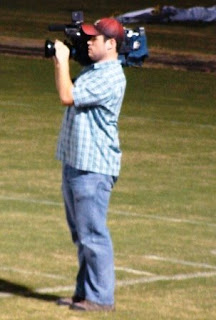 KATV Channel 7 flew their helicopter in tonight for "FridayNight Flights!" This is their cameraman getting some in-game footage. 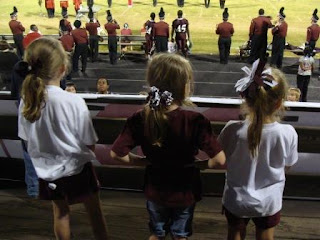 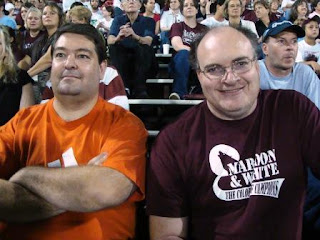 I always put up pictures of Shan, so when she snapped this one of Greg (left) and me, I thought I had better post it. :-) 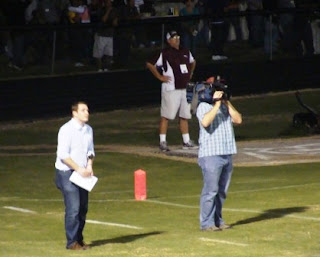 The Channel 7 cameraman and the reporter getting more action on tape! 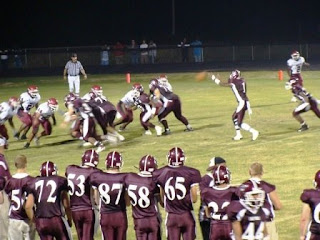 A shotgun play for the Wolves! 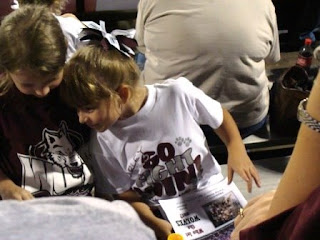 There is no tellin' what these two are up to! 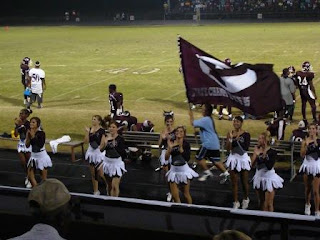 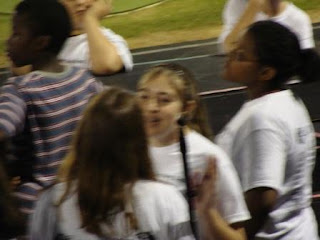 Here's Jessica having a great time as a member of the band equipment squad!