Talking About Writing - Who has time? 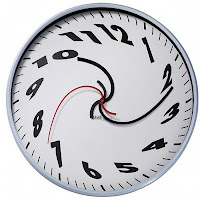 The number one issue I have with my own writing is time.  If you read my last piece about writing (Getting Started), you may recall that I talked about ways in which to combat the fears and blocks in getting started.  I have since heard comments to the effect, "That's great, but I don't have TIME for writing!"

For the sake of sharing, I tell you, I often say those words to myself.  And, sometimes I don't just say them in my head, which I'm sure causes a mild case of concern for those around me.  But, the fact is - we won't get anything written if we don't write something!  So how does one find time to juggle work, supper, kids, practice, homework, email, social networking, walking the dog (or in our case, feeding the goats) AND write!?

I have learned (or have read, to be more accurate) about several different methods people use to find the time to write.  Maybe something in here will connect with you and perhaps kickstart your own adventure(s) in writing!

As you push yourself to write (especially in 2-, 3-, or 5-minute intervals), you will find that you are able to get a lot more written in those precious few moments than you may have ever fathomed.  It really works!  You may also find yourself rearranging your time in order to write more.  TV shows you thought were so worth watching may fall to the wayside.  You may find yourself writing instead of aimlessly reading people's updates on social networks.  Not that you should give those things up - not by a long shot!  But, in my experience (and from an old adage or two): we make time for things we deem important in our lives.  I exercise every morning (not much, but better than nothing at all in my case) because I think it's important to my overall health.  I write in weird places at odd times because I think it's important to my future as someone that wants to write for fun (and hopefully profit some day).

And, with a bit of discipline, baby steps and creativity, you too will (hopefully!) find that you've had the time to write all along. 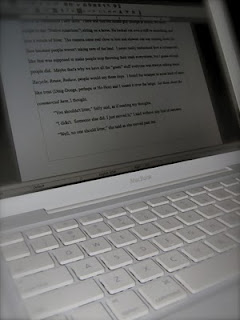 Email ThisBlogThis!Share to TwitterShare to FacebookShare to Pinterest
Labels: talking about writing, time