Today's DailyShoot.com challenge asks us to take a picture of us participating in our favorite hobby (hobbies).  Well, I don't have a picture of me working with my hobby/ies, so I will provide you some of the finished products I have come up with over the past year or so.  Before we get rolling, one of my hobbies is digital photo/image editing - I love playing with images!  I especially love taking multiple images and making them into something they weren't - kind of like digital collages with purpose (usually humor, which I know is hard to believe).  But, I also am an avid Cleveland Indians baseball card collector.  By avid, I mean that my collection currently sits at just under 10,000 single non-duplicated cards.  I also have some other Indians "stuff," but I mostly collect the cards.  Sometimes, my hobbies overlap...

"A Pack to be Named Later" is a blog I participate on occasionally. I also contribute fake "packs" to serve as the sites header graphic.  The image above is one I did a bit ago.

The little guy above is Bloo! One of the funniest things I ever saw was the cartoon in which Bloo and another character repeat "It's hot in Topeka" over and over.  I cannot explain it.  Look for "hot in topeka" on YouTube. After that, I made an avatar for myself.

This graphic is actually huge in "real life."  I made it after 9/11 and it served as the background on my wide-screen monitor for a long, long time.  I purposely made the 'tear' between the images to represent things like my feelings, time and space, and what ever else ran through my head at the time.

Above is one of my infamous "iPad" spoofs.  Steve Jobs holds the one that looks like one of those giant remotes for people that can't see too well, or who are challenged by tiny buttons.  Speaking of which, below you see Jobs holding the "large button phone" version of the iPad:

Hard to miss the buttons on that puppy! 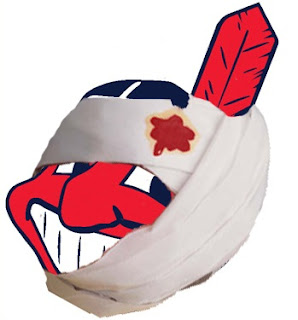 The Indians logo above was something I created during one of the worst parts of the Indians season last year.  Though, given how awfully they did, it could represent the WHOLE season.  ouch. 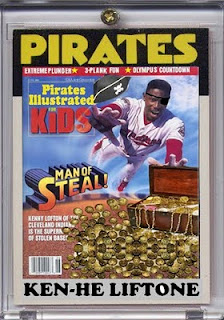 For "Talk Like a Pirate Day," one of the card-collecting blogs I read had a contest of sorts for folks to design pirate-related cards.  Kenny Lofton was one of the greatest base-stealers ever.  From there, my brain went.. well, you can see... 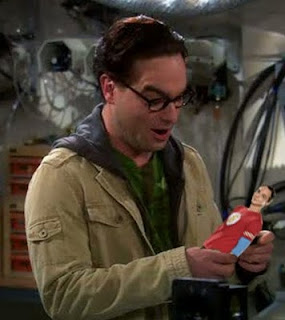 My most recent creation above: Leonard gets a Mini Cooper.  I love Big Bang Theory!
So there you have a peek (and trust me, this is just a PEEK) into the images that float around in the space between my ears.  Sometimes, whether you like it or not, those image escape and take on a life of their own...
*Note: I have no idea why the pics are all weird sizes. I tried to fix the pictures, but it didn't take.

**Note: I am adding this one below because I couldn't find it when I originally posted this entry: 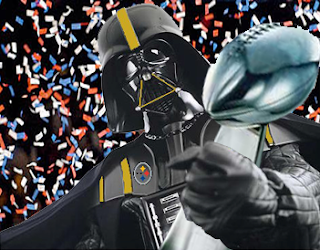