The randomness of thinking

Are you a regular reader of my ramblings?  If you are, first I'd like to thank you.  Second, I'd like to say that my whole "Daily Photo" idea went out the window sometime last week, or maybe the week before, who really knows.  I'll still be posting pictures, but much more randomly than I had planned.

Oh, sure, I could have the gumption to fix my wrongs and take photos for each day that I missed, but that isn't really my style.  I'm more of a "well, let's see where we go from here" kind of person.  And that leads me back around to some random thoughts and observations.  Here we go!

Our company firewall and network traffic router only misbehaves when the boss is trying to do something important.  Normally, the system runs quite well.  Every so often, though, it needs a swift kick in the pants.  I believe the issue is related to a patch or two that have yet to be applied.  My goal this coming week: apply the patches and cross my fingers.  Every three weeks or so, the server reports that it is out of memory.  It isn't.  I just *thinks* it is.  So far, the cure is to reboot the server and let it run for a few weeks, reboot again, repeat.  Not a biggie, as the reboots usually occur around 2am when I am awake and the rest of the employees are sleeping soundly.  Every once in a great while, however, the server does not get rebooted.  And, coincidentally I'm sure, that same every so often my boss calls to let me know the server has gone wonky.  "Wonky" is my word, not one she uses.

On the way home the other day, changing subjects in case you're trying to follow along here, I had the sunset in my rear-view mirror.  the sun was hovering just above the horizon, brightly radiating reds and yellows and oranges from its hot white center.  In front of me, a large full moon rose from a sea of blues, purples and colors I don't have words to describe.  I glanced ahead, then looked in the mirror, then glanced ahead again.  Though a camera would have been handy from my vantage point, what popped in my head was how cool it would be to looking at the view from the side.  I'm not sure how (or even if) that could be pulled off, but to be able to see both a magnificent sunset and an awe-inspiring moonrise at the same time would surely be the stuff of poets and troubadours.

Our preacher today brought up a thought that would have normally come from my own head if I had given myself to it:  How did Jesus get baptized?  How do you baptize a man that can walk on water?  The visual Bro Perry gave had me rolling in the pew - that of John trying to push Jesus into the water as Jesus simply bounced back up from the surface, unable to break through.  Of course, Bro Perry said he did have the answer for it, but that it would have to wait for another sermon.  I tried searching Google, but came up empty.  So, I've posed the question on Yahoo Answers.  We'll see how far that gets me.  Frankly, I've seen some of the answers given and many are biting and sarcastic.  I'm hoping for actual insight.

I've been branching out on the MacBook, trying different things to see what it can/can't do.  My latest venture involved connecting the Mac to the HP MediaVault server we have at the house in order to use the Time Machine backup program.  There are a few tricks that had to be done to let Time Machine use the shared 'backup' folder on the server.  Once the backup started, I let it run for a while.  And then at one point, I absentmindedly shut the lid, thus putting the laptop to sleep in the middle of the backup.  Not smart.  I had to delete the partial backup and start over.  It worked!  At least for a while.  Turns out that Time Machine runs all the time, so when I closed my lid for the night (even though no backup was running), the link between the Mac and the server was broken.  I found some steps online to supposedly recover from the problem, but nothing I did solved the problem.  I think I will try again at the office and see how that goes.  I will also make sure to shut down Time Machine when I am not within access of the backup server.

We recently learned of the closing of the office where some of our friends are employed.  This is what kills me.  This is when I wish I had that magic ... something ... wherein I could keep those folks employed working for me.  Alas, I do not have such vision or else I would already be doing it.  I cannot help but feel, though, that somewhere inside is the answer.  I just haven't figured out how to unlock the door that will bring it to the forefront with clarity and direction.  Oh sure, I have ideas, but nothing so far has seemed ... I dunno... SOLID.  Granted, nothing will ever be 100% recession-proof, but many businesses are more likely to survive than others.  I am reminded of the scene in the movie (ironically) "Dave," in which everyone shouts, "Everybody works on Monday!"  That's what I wish I could offer - at least one day where everybody gets work. 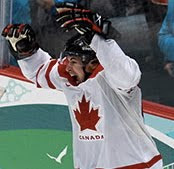 Did you watch the USA/Canada hockey game!? Holy cow!  What a great hockey match, sent into overtime and the winning goal scored by the Pittsburgh Penguins' own Syndey Crosby!!  Too bad he was playing for Canada, but still what a great game!
on February 28, 2010