Mom's surgery and all

If you're a regular reader of this here blog, you most likely know the sitch with my Mom and her surgery, but in case you don't know, or you happened to have stumbled across this blog while hitting the "Next Blog" gizmo at the top of many Blogger pages, I'll fill ya in!

The surgeon said her surgery went well. He said it was something like this: "Imagine you've cooked spaghetti, then strained it. You let it sit in the strainer a bit too long and now is something of a sticky mess. My job is to pull apart all the spaghetti strands without tearing any of them. It was a lot like that."

Not a job I would want! The good news is that he was able to do just what he needed to, and in the process, he also repaired the problem that is most likely the culprit in the first place: a place where the original surgeon had knicked Mom's small bowel and then repaired it. evidently, the repair did not go as well as thought, which also explains all the times we've had to visit emergency rooms over the past two years.

The other kicker is that this surgeon saw the mess as soon as he looked at the CT scan! How on earth everyone seemed to have missed it is beyond me.

She is in good hands with my Aunt and Uncle and all our extended family on my side is out there in da 'burgh!

I can't remember if I posted about a trip I was planning to take to New York for Sharepoint training or not. Well, doesn't matter. The class I was going to attend was cancelled or moved or something, so now it looks like it's a trip to Chicago, if I get approved to go. I am very excited about it, since it will be the first REAL class I've had on sharepoint, even though we've been running sharepoint for a couple years now.

The whole thing came about because one of my area's school techs got a 3-for-2 deal on classes. He and I will go to the Sharepoint class, while his assistant tech will go to a server class. We should all benefit greatly from the whole week-long coursework.

I am very excited about Toy story 3 coming out in June 2010!! It has been way too long waiting for Woody, Buzz and the gang! And speaking of sequels... 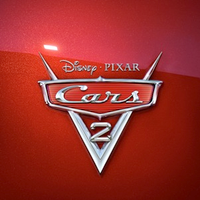 Cars 2 will be out in 2011! It's sad that both Paul Newman (Doc Hudson) and George Carlin (Filmore) have passed away. The rumor mill is abuzz with what will happen to those characters in the sequel. I am betting that Filmore may make an appearance but without a speaking role, and that Doc's character will be voiced by a replacement. I can't imagine they would write Doc out of the movie, unless they did it out of love and respect for Newman...
on February 22, 2009