I celebrated the 10th anniversary of my 29th birthday this past Sunday. I had a cake done up for me that had the Indians logo on it! Very cool! I'll post pictures later. We had lasagna for my birthday lunch, and that was very good! 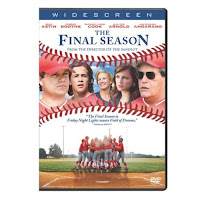 I got the new "Final Season" DVD to add to my collection of baseball movies! I also got two Wii controllers (Wiimotes) and 3 sets of Nunchuks! Now, the the whole family can play the Wii at the same time! Of course, what that meant on my birthday was that Shan kicked my ever-lovin' butt in boxing. Our arms are still sore from all the punching we were doing! 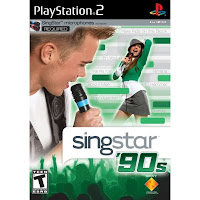 Then, there is the 90's Edition of SingStar! I had no idea how many rap songs there were in the 90's, and most of them are included in the game. Not good for me... Shan and I kicked serious butt on Hootie and the Blowfish's "Only Wanna Be with You" though, actually netting a "SingStar" status! The highest we have seen before that was a SuperStar status! Talk about awesome! The kids picked out a pack of baseball cards for me, and I got clothes, money, and the "Wii Play" game for the Wii. 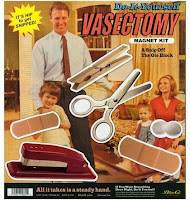 Fast forward to Tuesday. I went to the doctor in order to do my part to control the people population (to borrow from Bob Barker). John (from work) told me that the anticipation was the worst part. I agreed up until the doctor (whose name is Pickelman, no less!) stuck the needle where no sharp object should be allowed to play! Holy smokes! Speaking of smoke, there is nothing quite like the smell of burning flesh and hair coming from the lower extremities!

Now, the doc started with the right side, and though there was some pulling and tugging, it really wasn't too bad. At some point, the left side realized what his buddy was going through, however, and beat a hasty retreat into the nether crevasses of my lower abdomen. The doctor had to dig to find what he was looking for. FOUR anesthetic shots later, I was numb enough for him to complete things, though the tugging and pulling was more pronounced! I told the nurse that they were lucky I had been strapped down into the stirrups, otherwise I would have been hanging from the rafters!

I spent the rest of the day with an ice pack for the guys and took some of my pain meds. Wednesday, I stayed home from work, doing the 2-hours-on, two-hours-off ice packing and reducing the pain meds to some IB.

If you are a guy and you have not had this procedure, but you are thinking about it, my only words of advice are this: Be sure to take the hydrocodine pill before you go. They'll give a Valium when you get there, but it helps to be loopy before you go. Oh, and don't over think it. Even with the family jewels beating a hasty retreat, overall, it wasn't as bad as I thought it would be. Yeah, drugs helped give me that sense of general calmness... Don't let anyone lie to you about the local - it's a very sharp stick followed by a burning. But, once it's done, all you hear is the snipping of things without feeling any of it (except for the tugging). Oh, and be sure you shave ALL the hair on the underside! I can vouch for the fact that a rogue hair getting trapped in the stitches is NOT FUN... :-)
on April 23, 2008