On her show today, Ellen Degeneres had a 13-year old boy who beat the tar out of an intruder with a bat. He was on the phone with 911 and you can hear the kid tell the would-be robber, "I'm sorry" after he hit him with the bat. That is some kind of kid!

When I heard that Heath Ledger died, my first reaction was, "Who?" I had no idea who he was. Of course, I realize who he was now, and it is very unfortunate that there were (or appear to have been) drugs involved. I think it's funny that most folks seem to be taking the 'accidental' route. When Anna Nicole was found dead, few people said "accidental." Interesting.

Emily stayed home sick today (she had been throwing up the night before and had a low-grade fever), and we watched Toy Story. It amazes me that a 12-year old animated movie is still as funny now as it was back then. Of course, little things like the Dinoco gas station have new meaning since Cars. I remember when Toy Story first came out and I saw "Binford" on the toolbox. I knew then it would be a classic. 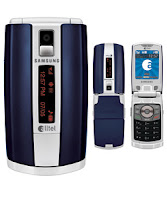 Last Friday, Marilyn and I left the office for the Alltel store in order to trade in our aging cell phones. We got the Hue (Samsung R500). I like the fact that I could swap the berry-red cover for a blue one that matches my truck and MP3 player. It has a lot of cool features, most of which will never be used. The digital camera and video camera wont get used unless I happen to be witnessing something that I want to record for selling off to some news agency. I may use the MP3 player function, but I already have an MP3 player, so why bother? Internet features? No point, our work cell plan does not allow surfing or even texting. But, the phone is MUCH nicer than the one I had, and that's what matters to me.