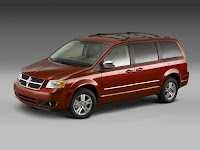 We left the house yesterday (Saturday), as the temperature indicator in Shan's van read 34 degrees. According to the weatherman, the high for the day was going to be around 55. We headed for the local car wash to vacuum and wash the van. The local car wash is not one in which the occupants can remain in the vehicle during the washing process. At least one person must be outside in order to operate the high-pressure wash and the soap wand. That person would be me. Did I mention that it was 34 degrees?

Shan's Mom was in the next bay, trying to wash her van. You see, the goal for the day was to drive to Little Rock, pull on to a lot, and let the people know that we were there to make TWO sales.

The sprayer in Shan's Mom's bay had some kind of serious problem. No matter what setting was selected and no matter how hard the trigger was pulled, the water came out at a very low pressure. Rather than fight the battle any longer, she got change from the changer and had planned to move her van to the bay we had used. Instead, she went over to the washer and plopped her money into the slot! All we heard was a very loud, "You Idiot!" A moment later, she came out from the bay to show us that she had once again activated the defective sprayer. Let's try this again.

Before getting more change, she moved her van, THEN got change and washed her van.

Fast Forward. It is now almost 2:00 and we pull up to Landers in Benton (outside Little Rock), and the temperature indicator reads "36." Umm, where is the 55-degree weather? We drive around the lot, and the vans are parked in the back behind all the other vehicles (okay, technically they parked at the side of the dealership, but it might as well be the back). Now, we could not find them on our own, so one of the lot attendants pulled in front of us with a 'girlie blue' Dodge Ram and waved us on. In fact, he waved us around every corner her turned - like we would forget that he was the one in the blue truck we were following.

We got out, looked at the vans in the 36-degree weather. The wind was blowing, so it felt even colder, and of course we had made the trip expecting the 'largest dealer in Arkansas' to have the van(s) we were looking for. And, did they? Uh, no. A sales guy showed up and asked if we would be willing compromise on the features Shan wanted. Perhaps there are some features, but others (like power sliding doors) were not negotiable. Then, they just wanted to get us inside so we could crunch some numbers and they could order a van for us. No thank. We had other places to check out, plus we knew the van she wanted was at a dealership closer to home.

To keep things short and sweet, let's say that neither Crain nor Fletcher had what we wanted. Tyler was disappointed because he had brought DVDs to watch in the new van.

After a break, we went to supper at Macaroni Grill where I had a lasagna that was big enough to feed the whole family. I ate a bunch of it, but brought the rest home. After supper, Emily asked if they (Tyler and Emily) could spend the night in Little Rock. During the discussion, Shan said something about the kids not having change of clothes etc. Emily chimed in: "I have clothes. I packed my suitcase and it is in MawMaw's van!" That sealed the deal.

We came home without a new van, without the kids, and without seeing the temperature ever getting above 38 degrees. 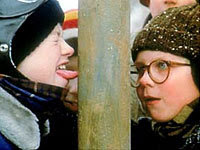 From the "Kids imitate what they see on TV" department:

CHESTERTON, Ind. - Two fourth-grade boys mimicking a scene from the movie "A Christmas Story" wound up with their tongues stuck to a frozen flagpole. Gavin Dempsey and James Alexander were serving on flag duty at Jackson Elementary School Friday morning, with the job of raising and lowering the school's flags. They decided to see if their tongues really would stick to the cold metal. "I decided to try it because I thought all of the TV shows were lies, but turns out I was wrong," Gavin said. Karen Alexander, James' mother , said her son told her he got the idea from the movie, which is based on stories about a boy growing up in the northwest Indiana community of Hammond in the 1940s. "I can't believe he did it, but they learned their lesson," she said. James said he plans to eat a lot of ice cream to help nurse his wound. "When you're young, you're just messing around," he said. Billie Dempsey, Gavin's mom, said a nurse called them to tell them the boys' tongues were bleeding.

"The nurse asked them, 'OK, who double-dog dared who?'" Billie Dempsey said, a reference to a phrase that a character in the movie used to dare another child to stick his tongue to the pole. 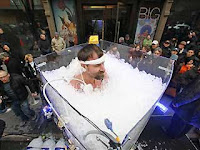