Tony Choko and Cowher for President?

So, by now you hopefully figured out the answer to my advertising quote. If not, though, it was in reference to Polaner All-Fruit... Ever see the commercial? The folks are all standing around in their fancy-shmancy clothes and one guy says, "Could you please pass me the jelly?" Everyone goes ballistic, freaking out because the doofus called it "jelly..." Anyway, that's what popped in my head when I saw the jar...

Well, just a day after a botched hold, T-Shirts for "Tony Choko" are now on sale on eBay. Turns out the same folks have a suggestion for what Cowher should do, now that he's no longer thrusting his jaw along the black-n-gold sidelines: 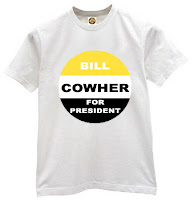 While talking about various things, the topic of the new concept cars came up... GM has the VOLT (an electric car) and Honda has the Step Box... This looks like the Scion thingamabob, only .. well.. worse, if you can belive it... Well, really, it's like an Element only plainer... well, like a box:

Of course, Chevy showed off its new 2007 Camaro Convertible... Basically, it's a rip-off of a Mustang in my opinion, but you decide: 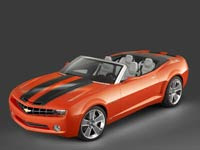