Wow, I cannot believe how quickly time slips away from me!  A lot of that is because of how busy these past few days have been.  Monday, we had yet another break in at work.  It's gotten to the point that I bought a security system to install at work.  We're putting in up to 12 cameras with a DVR.  The cameras are all indoor/outdoor and infrared, so we should be able to at least get anyone coming in on video. 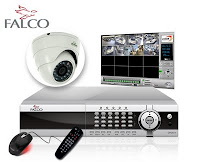 Today (Tuesday), I got the first camera up and running, I had to, er, um, test it, so I did a few wild gestures in order to trigger the motion detector.  Of course, I could have just walked in, but what's the fun in that?  Well, after we figured out how to replay the video, my co-workers said we should put it on youtube, or America's funniest videos... Great.


Jeff (from Hope schools) and I helped during a workshop today in which administrators received iPaq handheld Windows machines.  Things went pretty well, except that the software they are using (CWT from Teachscape) has a SERIOUS design flaw!  The program does not actually fully stop running when you click the "X" to close out of the program!  What the heck?  Tech support told us that the users MUST use the Actions > Exit, then Actions > Exit again to fully close out of the program.  This seems to only affect the Windows mobile version of CWT.  The "fix" is to go into the "running programs" setting and end all programs, then the software will launch as it is supposed to.  OY!


After I left there, I ran over to the early childhood classroom because they were having trouble with their Smart Board.  Turns out that a USB extender that was under a carpet behind some equipment became disconnected.  Nice, easy fix!  I love those!


From there, I ran over to Spring Hill though I had forgotten what I was going to help with.  I was quickly brought up to speed: two routers, two networks, want to be on one domain.  That is a little beyond my expertise, so I called Jeff for some help and insight.  It turns out, this is a bit more complicated that we anticipated because of the way the state has things set up at the two different locations.  My next step is to call in the folks at DIS and get them to help us out.  They set it up this way, they can help us get it working correctly, right!? 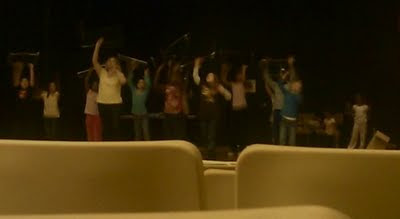 Shan was asked to lead a bunch of girls (who have NEVER twirled batons before!) in a program for Homecoming.  She has been staying after school this week for Friday's big event.  She and Michelle worked out a routine, and tonight (at home) she showed me the routine set to music.  It is WAY COOL! The girls are going to go NUTS when they finally put the routine to music.  They all look like they are having fun!


Need a reason to have Twitter or Facebook for your school district?  How about this: create a group, then have faculty, staff, students, parents, etc join the group.  Use the group to post announcements of upcoming events, network status (campus down, issues, upgrades, etc), or other district news.  Keep the posts short and sweet with links (if needed) to more information.  Include pictures as applicable.

An extension of this would be a tech-specific twitter/facebook group for your district.  In this group, include key campus personnel, all the techs in your district, perhaps your service area technology coordinator.

This idea is not mine, but is rather the brain-child of Jeff at Hope schools.  He comes up with some seriously great ideas!  I just try to help implement them. :-)