The Trouble with Troubleshooting

Warning: This is techie in nature.  I'm just telling you know so you don't get to the end and say, "Well, thanks, Dave!  I didn't need to know all that!" :-)  Of course, even if you aren't techie in nature, you may either learn a little something along the way or get a chuckle or two.  You just never know with me. 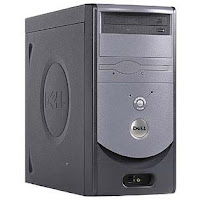 About a week ago, I looked at a Dell computer that had been hit by lightning.  I brought an extra power supply with me to the person's house, hoping the power supply in the computer had taken the brunt of the electroshock therapy.  No dice.  Something on the motherboard was fried (and I'm not talking the good kind of "corn dog fried" here).

I ordered a replaced computer for under $240*, figuring I could swap out parts and call it good.  I was half right.  I swapped out parts, but calling it good was still many, many hours away.

Here is what was happening: I could get the computer to boot in Safe Mode but get a blue screen of death if I tried booting into full Windows mode. 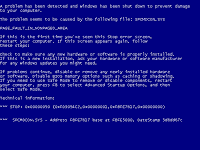 I knew part of the problem was the fact that the old system board was an Intel board and the new one was based on the AMD chips.  I installed the drivers for the AMD board, figuring that would solve my problems.  Nope.  So, I started disabling (or trying to disable) various devices, services, etc.  Nothing I did was working.

Now, I figured the problem had something to do with the fact this drive came out of a Dell.  I happened to have a Dell computer in my truck that has been riding on the rear floorboard for months because I keep forgetting to take it out at work.  I put the drive into that Dell and the computer cam right up, no problems at all.

Mind you, by the time I had even tried this, I had already spent at least two and half hours trying to get the new parts to work together.  So, now I had a path.  I knew the issue was Dell-related.  Or there was some Intel-related issues still running amok.  The truth was somewhere between, or a combination of both, however you want to say it.

I looked in the Windows folder for anything Intel or Dell related, then renamed those items to prevent them from loading.  I rebooted and still had the same problem.  So, I dug deeper.  Turns out there are all kinds of places Dell and Intel hides system files.  In every case, though, I renamed those files and rebooted.

Eventually, I hit the right files in the right place and the machine booted to the desktop with no errors or blue screens!  Well, almost.  I evidently renamed the file that lets Windows know it has already been registered to the user.  Because the new network card wasn't working yet (needed drivers, but I could not install them because windows was not activated - it's a nasty cycle I hope Windows 7 does not have), I had to call Microsoft for activation.  I tried the automated system, but it did not like the numbers I gave it, so I talked with some guy in India (or who had an Indian accent anyway).  After I typed the Windows Product Key from the case, I got a new set of numbers and had the system activated in no time.

After that, I also had two Intel-related error windows pop up.  The system was not happy that it could not find those two files (because I had renamed them, remember?).  Once I knew which files were causing the problems, I removed those from the registry such that Windows would no longer be looking for them. 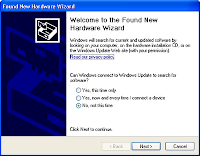 From there, I installed the correct video, network and sound drivers.  This also let me remove the old network, video and sound drivers that had been in the Dell and were making Windows do all kinds of crazy things since the Dell was no longer a part of the active computing community.

So, where is the trouble in all this?  Mainly in that I am not exactly sure which files were the trigger to let me use the hard drive in the new system.  Does it really matter?  Not to anyone but me.  But, should  come across this again, I would like to know where to start in order to greatly shorten the amount of time involved, you know what I mean?


Sidenote: The End User License Agreement most likely says something about Windows staying with the  hardware on which it was originally installed.  The way I see it, the software was installed on that drive.  I am still using that drive.  Original hardware.