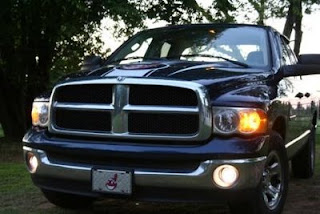 I have about a year left of payments on my truck, and I am hoping that this becomes the first vehicle that I not only pay off, but that sticks around long afterward. Since it has reached the 100,000-mile mark, my primary goal is to take it in and have all the belts, hoses, spark plugs, etc checked out and replaced as needed. It's been running great for 100k, I'd like to see it reach 200+ before it reaches its final resting place.

So, that of course begs the question: What's Next? What is the next vehicle I'd like to get once the truck is paid off? Well, my hope is that I can go 6-12 months of no payments and build up a bit of a reserve before shopping around for a new vehicle. The truth is, I'll most likely be out at the car lot the day after it's paid off. I am too impatient and too excited to get a new vehicle to wait a year.

Now, my thinking is that my next vehicle will be a less expensive, gas-friendly four-door car. I already have a truck for when I need it, so I don't see the need to buy another one (though I have to admit the new Rams with the Rambox sure look good!). 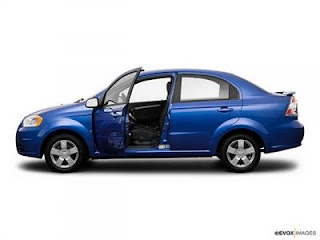 I first thought about getting something like an Aveo. Yes, I know that is a long way from the Ram, but I'm thinking I could finance that for about two years, three at the most, and then pass it off onto Tyler and get another car. I'm not sure about that though. 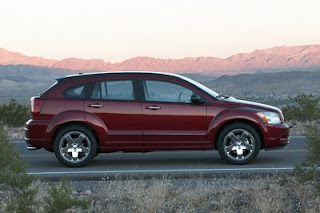 I've also thought about getting a Dodge Caliber. Shan thinks they are ugly, but I like 'em. And, you can one pretty well loaded out for under $25k. That's a little higher than I want to pay, but that might be worth it. 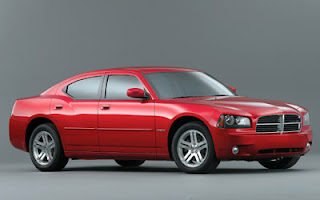 Then again, if had to choose a 4-door car that was within my overall budget, I just might pick the Charger. Granted, the top-end model is about $45000 or so, but I'd be looking for something just above base model, I think. The problem with that is the monthly payments. I'm not happy with the payments I have now, so I sure don't want HIGHER ones (or even the same ones - ugh!).

Who knows what I'll actually end up searching for once the magical day arrives, and I know it's just over a year away, but the anticipation is already building. Heck, now that I'm thinking about it, I'm not even opposed to a program vehicle. I believe my 2000 Impala was even an ex-rental car, and it was a great vehicle. I only got rid of it because I needed a truck to pull the trailer... And, by next year, the new Chevy Volt will be out, plus they have a couple other new models on the slate, too.

On Saturday, our town held their annual "Chicken and Egg" festival. I took a few pics with my phone's camera: 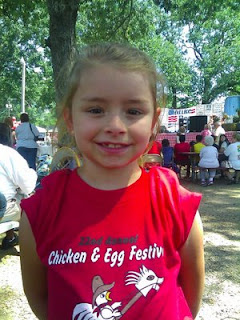 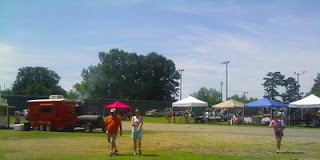 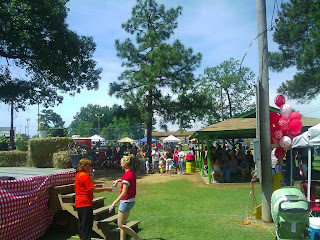 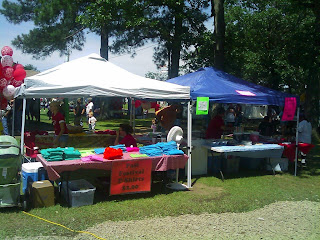 You know, I never really wanted a phone that did anything other than be a phone. But, now that I have a SmartPhone, I have to say, having a device with so many features all in one place is VERY handy! I know, for a tech guy, I can be a bit stubborn when it comes to adopting some technologies. Yeah, yeah, I'm old school sometimes. What can I say? 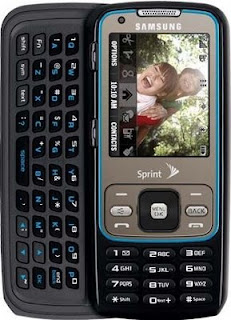 Tyler got a new phone on Saturday - a Samsung Rant. It's very cool, and he really likes the slide-out keyboard. We went to the Sprint Store and they were out of them, so we went to Best Buy instead. I still had a couple gift cards from my rewards package on ePoll, so I used those to pay for the phone. He got his phone for free! How cool is that?

Email ThisBlogThis!Share to TwitterShare to FacebookShare to Pinterest
Labels: popped in my head, random thoughts