Sad news from one of 'my' schools 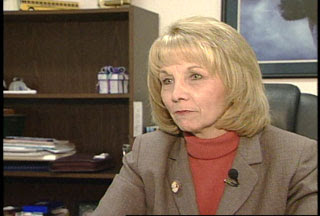 I just learned that the Superintendent of Fouke Schools, Paulette Smith, was killed in a car accident on Wednesday, January 21. She had been meeting with a legislator and after the meeting was sitting at a stop light when another failed to yield and struck a truck. The truck spun around and hit Ms. smith's car, ending her life.

My thoughts and prayers go out to the school district, her family, friends and co-workers.

Ms. Smith spoke her mind and made no bones about where she stood on issues. she also had a great sense of humor that was sometimes biting and often the kind you had to think about before you 'got it.'

I know she has some harsh critics, but you will not find me on that list of people. She will be missed.
on January 22, 2009