This past week, we started our four 10-hour days at work. Frankly, it was a nightmare. We had two three-day workshops scheduled plus a smattering of other workshops thrown in for good measure.

Of course, we in the tech department were supposed to be sitting in on one of the three-day workshops. It was on network security. And if having someone come in to your network and tell you about all the ways your systems can be hacked and slashed doesn't scare you, nothing will. As we were told, "It is not a matter of *IF* you will be hacked, but *WHEN* and how severely." Great. Sign me up. The tech department serves as tech support for every workshop we host. So, when things go wrong, we are called out of our own training to help those in need.... Sometimes, the VERY much in need...

The upside to all this running about manifests itself in the way of serious "time-flying" going on. Before we could think, it was lunchtime. Then, suddenly it was four o'clock in the afternoon! I loved that part of it. The feeling like you had run a marathon and then had been hit by a truck, however.... not so much.

I did tell John that he was free to smack the back of my head if I ever complain about being bored on the days when we are basically twiddling thumbs... :-)

I have decided to sell a bunch of my collectibles on eBay in order to get them out of the house and hopefully help clean up the home office some... There are 7,000+ Indians cards, a bunch of 1995 Classic Phone Cards (featuring baseball players on them), several Palm-based/Windows Mobile-based Bible study programs, some 1977 Pepsi capliners, a set of eTopps Steelers cards, and some other things I can't remember just now... We'll see how it goes... :-) 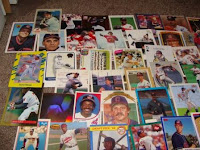 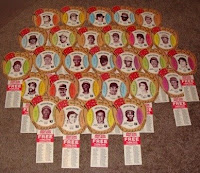 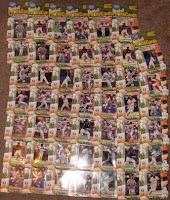 This weekend is the annual Chicken and Egg Festival for Prescott/Nevada County. There are baseball tourneys, basketball tourneys, food booths, craft booths, fun and games. I'll take some pictures while we're there and post 'em up for your enjoyment. :-) No, I have no idea why we have a Chicken and Egg festival. If I find out, I'll let you know...
on June 07, 2008