Stupid Internet, making me all smart and what not... 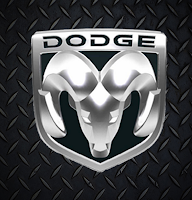 How the Internet has yet again made me "stupid" (as some people continue to believe - the Internet is making us stupid):

As many of you know, I have a 2009 Dodge Charger. Well, some time ago, the starter began to act a little wonky. I'd insert my key, turn the ignition switch and... nothing... for a few seconds... then the car would start.  I didn't think much about it, really.

Fast forward several months. The delay between turning the key and the car starting has grown in range from about 4 seconds to more than 15 seconds. This morning, the car wouldn't start at all until I popped the hood, messed with a few wires, pushed in on some fuses and relays, and then cranked it up.

I searched for "2009 Dodge Charger Delayed Start" because that is pretty much what was going on. Turns out, a LOT of people have this problem in the 2007-2010 models.  The fix is easy and inexpensive (er, well, assuming one has the exact same problem. If the problem is different, then your mileage will vary).  Several forums talked about the issue with various fixes. All I had to do watch watch a video of a guy with the same issue change his Starter Relay. Piece of cake.  At lunch, I took my car to AutoZone and the looked up the part I needed.

They couldn't find the part I needed in their system. Lovely. We (the salesperson and I) decided to look at the pegboard hangers to see if we could find one that matched. No luck.  The salesperson then went behind the counter to look through stacks of parts.

After a few minutes, she came out with the part I needed.  It was a Durlast relay.  It cost $20. You can find them cheaper online, but I wasn't waiting a few days to save a few bucks.

I went to my car, popped the hood, and swapped the part, according to the video. Tah Dah! When I fired up the car, it turned over without a moment's hesitation.

Once again, thanks to the Internet, I am now SMARTER than I was before I had this problem. In the "old days," I would have taken the car to the shop, had diags run on it, and they MIGHT have figured out the problem. Total cost would have easily hit $100-plus.  Instead, I found the info I needed (free) and bought the part ($20) and spent less than 20 minutes from start to finish. I also know enough to help someone else should they have a similar issue. Yeah, that qualifies as getting smarter.