Tire-changing party for a dryer

On Saturday, Shan and I headed to Texarkana to do some birthday shopping for Emily. While we were there, Shan's Mom called to say that her dryer had quit and asked if we could look around for a good deal on a new one. Luckily, I had loaded us up in my truck for the day's shopping, so hauling a new dryer would not be a problem! 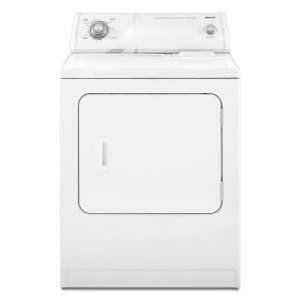 We looked at Home Depot first, and they had a couple inexpensive dryers (that would be in the $350-ish range). Since we had some more shopping to do, I told Shan we could look at Sears, but that I thought Sears would be higher-priced than Home Depot. Sure enough, they were. 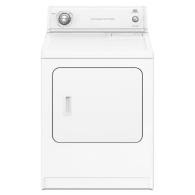 We eventually made our way to Lowe's, and they had a dryer for $268. Of course, the only one they had in stock was "damaged." Well, we thought we would look over the damage and the saleswoman said she could knock off 25% because it was damaged and that it would still have the year's manufacturer warranty. Sounded good. We felt and looked at the damage and it didn't seem too bad.

We loaded up the dryer, which ended up costing less than the sticker with the discount, even with taxes, so that was a good deal to me.

We had to stop at Wal-Mart in Hope on the way home, and when we came out, I noticed my passenger rear tire was low. Several years ago, Shan's Mom had given me a portable air pump for Christmas. I keep it in the truck and it has proven handy on several occasions. This was not really one of them. It was taking FOREVER to get any air in the tire. I decided to move the truck over to the air pump at the gas station in front of Wal-Mart, and as I walked around the truck, I could HEAR the air hissing out of the tire. That is never a good thing. Sure enough, evidently I had a bubble in the tire and it finally gave way. 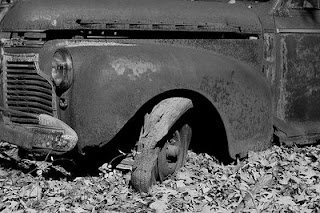 So, in the 95-degree heat, I changed the tire. Now, many folks have asked why I didn't just wheel the truck to the tire place there at Wal-Mart, and the answer is simple: my tires are cheaper at Goodyear. Besides, I knew I was going to have some other work done on my truck since it has hit the century-k mileage mark. I'll come back to that.

Once we got the dryer to Shan's folk's house, we opened the box and found the dryer had a bit more damage than we thought. It was all cosmetic, though, and we did get a good deal, so they opted to keep it. I think we can take care of some of the cosmetic issues, which is a good thing.

So, back to the truck... I took it in Monday morning, driving to the Goodyear place near the office. The tech looked at the tire and explained the whole 'bubble bursting' thing to me. I told him I wanted two new tires put on the front and the current front tires moved to the back. I also wanted an estimate on a tune-up and I definitely wanted the serpentine belt replaced, since it had 100,000 miles on it with no problems. Much better to head off a belt problem than to deal with it after it breaks!

While at work, Goodyear called me to let me know that my truck had no front brakes at all! Ouch! They had worn down completely. Well, since I am in the 'fix-it' mood, I just as well get those taken care of.

I don't imagine getting another 100,000 miles out of the truck, but if I can keep it going as well as it has for a few more years, I can feel good about passing it along to Tyler when he's ready to drive. And, really, if he doesn't end up with it, then hopefully, it'll be around for years to come as my work truck for when I need one. 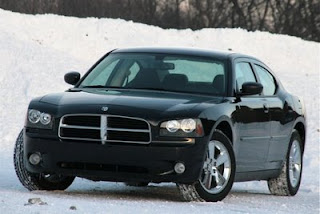