I cannot believe it is already Saturday, July 11. The last time I posted, I was feeling pretty 'puny' as they say in these parts. Since I last posted, the doctor put me on Meclazine to help with dizziness. I hate that stuff. It might temporarily relieve the head-spinning, but the other 'features' of the meds are bluh-bluh-bluh! Makes me way too drowsy to function. Heck, I'd rather be slightly off kilter, thank you. 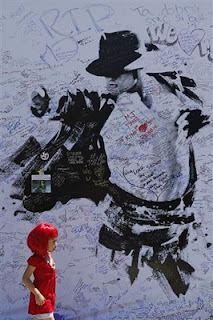 There was also this little thing called the "Michael Jackson Memorial" that took place since my last post. You might have seen something about it on TV or online or on the radio or maybe as you looked over the magazine racks at your local store. What I'm saying is that unless you took a vacation from the planet, you are most likely very aware of the fact that the King of Pop was given a huge memorial service. And, in my opinion, a very, very well-deserved one. Whether you liked his music or not, whether you believe he was innocent of the charges brought against him or not, whether you agree with the title 'king of pop' or not, there is absolutely *NO* denying his impact of the world of entertainment. Frankly, I think his impact was greater in the scheme of things that The Beatles and he rivaled Elvis in terms of overall impact and contribution to the world of entertainment. No one else, to me, comes even close. And his memorial was done beautifully - a superb mix of his music and memories, of his impact and the hole left behind. 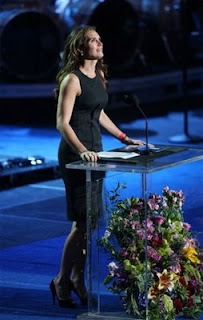 The most endearing parts came from Brooke Shields and from his daughter, Paris. Brooke showed Michael in a light few people ever got to see, ever got to experience, ever even heard about. And, Paris came to the microphone with a strong presence, only to show the world that she was deeply hurting from the loss of her Daddy. 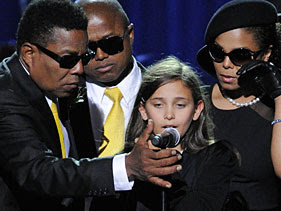 During the week, I also led a class in an introductory overview of Office 2007. That went very well, though in a couple places, I stumbled a bit (literally) due to my brain being slightly off center. I also managed to trace an errant SharePoint site down to some kind of problem with one of the color themes we had assigned to the site. I'm still not sure what that was about, but at least it appears we found the problem. The fix was to simply reset the site back to the default color scheme for now. Next week's project will be to see if I can find out what went wrong and see if I can right it.