In case you've been living under a rock, or you're not in America, this was Predient's Day weekend. Basically, it means people like me (who work for education) were off work today. So, we had a three-day weekend. We spent it just hangin' out, which suited me just fine.

Emily was sick Thursday night, Friday, and most of Saturday. She has recovered, but is still going lightly on eating. Of course, she already doesn't eat a lot at meals. You know the whole "eat 6 small meals a day, rather than 3 large ones" that people talk about? Well, she's got that licked. Guess we'll see how that pans out later in life. In the meantime, sometimes, we'd like to her to eat a 'regular' meal because she likes to be kinda 'snacky.' Of course, when she wants a snack, she gets a healthy snack, so that's good. Anyway, now that I've taken this train of thought so far off track, I guess I better quit while I'm a head.

That reminds me: Two guys walk into a bar, which is really dumb because you think the second guy would have seen it... (an old Howie Mandell joke, thank you very much). So, a guy walks into a bar and he is carrying a covered silver platter under his arm. When he sits down, he uncovers the platter, and there is just a head on the platter. The head says, "Bartender, give me a drink!" The bartender says, "I'll do you one better!" He reaches under the bar and brings up a smoking green concoction that he hands to the head's friend. He says, "Drink this, and be restored!" So, the friend pours a little of the drink in the head's mouth. Suddenly, a torso comes out from what would be the head's neck! The head says, "Man, that is awesome! Give me some more of that!" The friend complies. Arms and legs form on the body! He reaches over and takes the glass from his friend. He holds the glass up and says, "Cheers!" He downs what's left of the smoky green stuff, and instantly, his arms, legs, and body disappear, and he finds himself sitting on the platter once again. The moral of the story? Better to quit while you're a head.... (You can boo, it's okay)

For whatever reason, I receive a free subscription to Tennis magazine. Do I even care about tennis? Not even close. But, it does give me something to look through while contemplating life on the porcelain throne. As I was leafing through the pages, I came across the the photo you see above. His shirt reads, "Stop global warming." Judging by the girl next to him, this guy would like to keep the world as cool as possible... (You may have to take a closer look to grasp the full meaning...) 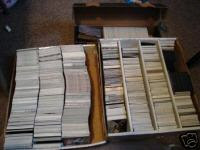 While tyler was at his grandmother's house, Shan and I decided to play some SingStar. There are few things sadder than me trying to hit the "Woo-Hoo's" in "Black Horse and a Cherry Tree." However, she and I TIED with 7170 points on "I Will Survive!" :-) I sing awfully, and I know I sing awfully, but that does not keep me from playing the game and wanting to play the game. The difference between me and the goofballs on Idol is that I will only do it at home, and generally not in front of anyone else. :-) there is no sense in making more people suffer than absolutely necessary...

On Tuesday, I am visiting the local radio station again, this time to talk about Megaconference Jr. This is like the world-wide video conference we did in the fall, but this one is specificially aimed at K-12 students and teachers with students from around the world performing and informing. Should be pretty cool! :-)