Every once in a while I enter writing contests. I'm not one of those "gotta win" kinda folks. I just like to throw my stuff in the ring and let other reads the random stuff on my mind.  This flash fiction story didn't win any prizes, but it did generate a bit of a conversation between me and the person I submitted the entry. Basically, she wanted to be absolutely sure it wasn't based on a true story. It isn't, but evidently I write fiction (sometimes) that seems to real to be made up... 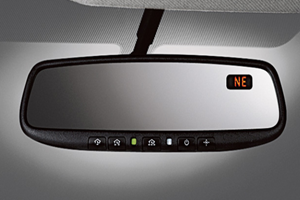 
As Abby sang “Hakuna Matata,” it darted into the road from the underbrush. Should I swerve? I held my breath. My indecision thrust the vehicle forward. It sat on its haunches and turned toward me. Disappearing from view beneath my hood, it darted leftward. The steering wheel wiggled against a small bump. “Thudathump” echoed from the rocker panel. In the rearview, I saw the small, furry grey squirrel lying in the road – tail raised stiffly in surrender.

“Did you kill him, Daddy,” my daughter asked from the rear seat as our eyes met in the mirror.