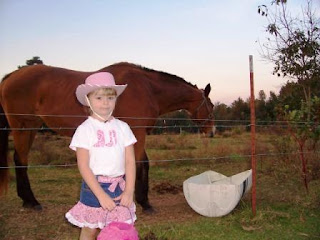 This post was going to about the realities of dealing with the Postal Service in my recent eBay venture. And, I will get to that in a moment or two. But, first, last night, I had to face the reality that Daisy was dying. A few days ago, we spotted her lying on the ground and it took a concerted effort, coaxing and feed to get her back up again. She seemed fine, and we thought she was doing well. She was an old horse, and we knew this day was coming. In fact, the reason Emily was given the horse was because of its age. Daisy was given to us to have a nice home to finish out the rest of her life. Last night (Wednesday night), I went to feed her and saw her lying down again. I went out into the pasture and she barely moved, and certainly never opened her mouth to take food.

I got Shan's Mom and we hunted down several warm blankets. I took them to Daisy and covered her up. She watched as I placed each on on her, trying to give her some warmth in these colder nights. She whinnied a couple times, softly. I stroked her and told her what a good girl she was and how happy she had Emily and the rest of us while she was here. She laid her head back down and her breathing was labored and shallow. I was hoping she would get up during the night, or maybe this morning.

But, when I went to check on her this morning, she had turned over, the blankets under her instead of on top. She never moved. Her eyes were open. I felt her ribs, just to be sure this really was happening, and what was happening had already happened.

We did not tell the kids until after school. Emily had been told this day would come, and I think the reality of it will set in as she looks to see Daisy in her place in the pasture, but doesn't find her. Tyler was understanding of it. He was never a horse person, but he knows how attached we all had become to her.

Sometime this morning, Shan's Dad got the tractor and made a place for her to rest in peace. Daisy was the best horse I have seen. She loved to have Emily ride her, and she liked to buck the rest of us just enough to test our skills. She will be dearly missed, especially by a little girl who got her wish to have a horse.

And, now, I switch gears to the Post Office. Well, I'll give you a moment if you want one to collect yourself after the news of Daisy. I needed one myself before I continued my writing, so I know how that goes... 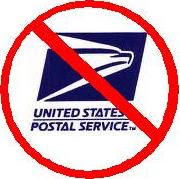 I sold a bunch of things on eBay recently. Toys, collectibles, and such. I thought I had packed them well enough for the Post Office to get them into the hands of the new owners without incident. I was fatefully wrong. In just two days, I heard back from two different people who let me know that things had been broken. They also said they thought the items would be packed better. Obviously the packing part was my shortcoming. Apparently, I thought the delivery system actually gave a rip about what they delivered, but I was proven to be so far off base on that one that I will most likely quit selling opened items that have to be shipped. Glassware was broken, a coaster set that I thought to be basically unbreakable was shattered, as is my reputation on the global marketplace.

Of course, my reaction was to offer refunds, or partial refunds as warranted. But, this seems so shallow of an offer. many of these items were in great shape when they left here, and I thought I had done a good job of packing. Obviously, packing items for shipping is not a strong suit of mine. These people were looking for Christmas gifts and instead they get broken items the Post Office chucked around and evidently a piss-poor packing job by the seller (me).

For the next week, I will be cringing every time I open my eBay mail, anticipating the angry responses to things gone horribly wrong.

I sincerely doubt any of those folks read this, but if you are out there and you receive your items damaged, you have my deepest apologies. First and foremost for my own lack of packing skills, but also for the sorry way the US Postal Service handles the items it is charged with delivering.
on December 11, 2008