Christmas and a new 'King of Pop?'

I'm starting with the whole "new 'King of Pop'" thing. Have you ever heard of Ne-Yo (pronounced "Knee-Oh")? Yeah, me either. Here's the thing: In the last two days, I've heard a couple references that he is the 'new' king of pop. That is the funniest thing have heard coming out of the music industry since Leona Lewis was being hailed as bigger/better than Whitney Houston. Look, Ne-Yo's stuff is okay, and though he seems to be able to kick some moves, he is certainly no Michael Jackson nor has he been churning out anywhere near 40 YEARS of music. I didn't say it was good music. Mijac has put out some poor song choices for sure, but someone would have to have megahit after chart-topper for DECADES before anyone could call them the king of pop, or king of anything for that matter. 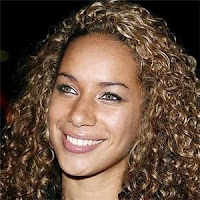 So, what's my beef with Leona Lewis? I don't really have one other than the ridiculous marketing strategy they used to launch her US appearance. Ooooo, Simon Cowell "discovered" her. Oooo, he is putting all his eggs in her basket.... Yeah, you are aware that he produced Teletubbies Christmas albums, right? Yeah, I thought so. Look, she's a good singer. So far, she's managed two hits. She has a long way to go before she comes close to Whitney or a myriad of other pop-star divas.

I suppose my real issue is with the hype behind would-be wanna-be's. In my experience, the more something is hyped, the worse it actually is after the hype dies off. If something is really good, it doesn't need a 'marketing strategy' behind it... 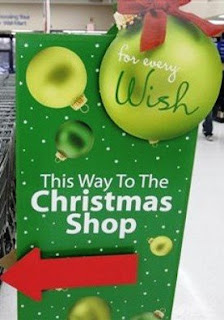 Does your Wal-Mart say "Holiday Center" or "Christmas Shop" above the entrance to the Christmas trees, Christmas lights, Christmas cards, inflatables, etc? Ours says "Christmas Shop" or maybe it's Shoppe, either way, it says CHRISTMAS. And, it's about time. I know there is Hanukkah and whatever the heck Kwanzaa is, among a plethora of other Christmastime-related holidays, but the truth is, December 25th is Christmas. For a long time, retailers have caved in to the people who want to give 'rights' to everyone on earth EXCEPT Christians (and/or those who believe in Christmas as a holiday). I realize that the main reason Wal-Mart is even showing the word "Christmas" is because people threatened their own boycott of the retailer if they didn't start using the word again. Unfortunately, in today's world, too many companies are worried too much about what people think of their "image."

Last time I checked, this is America. If I want to believe something, I have the freedom to express it. If you don't believe in the same thing that I am professing, then you have the right to NOT LOOK at it, or you can ignore it, or you can feel free to express your own opinion. I hope that one day, I have my own company or am in charge of one that I get to steer the 'public view' regarding. Believe me, it'll wish people "Merry Christmas."

And, well, since I've opened the can of worms, let's get to it. Why is it okay to have "Miss Black America" or "Miss Latino America" or the "Black History Month" or "Latin American Music Awards" but it is racist to have the "Miss Caucasian American" or "White History Month." I am not racist, and that is my point. If we are 'striving' to be a color-blind society, then why is it that color and race are used in ways that keep the issue in the forefront of people's minds?

If people want equality in this country, then it's time to throw out the tired, old cards. There is no 'black' history or 'Hispanic' history or 'native American history' in this country. There is "American History" only. I know the history books of the past were written by white guys with a chip on their shoulders. But, like everything else in the past, we should learn from the mistakes and move on. As long as there are shows and 'contests' and groups that are racially-specific, there will always be inequality and division in this country.

The main issue will rear its ugly head when America is no longer "THE" superpower in the world. When China (or whoever) takes over that role, none of the racial issues we wrestle with today will moot because we will have a whole new set of reasons to be united as one group called "Americans." 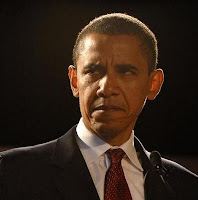 There has been a lot of talk that Obama is the "Antichrist." That's funny. I've made my own jokes and references to the idea, but in all reality, I find it flat-out hilarious that Americans are so conceited that we would think the a/c would HAVE to come from America. Well, of course he's going to be American, right? I mean, we are the end-all, be-all to the rest of the world, are we not? Come on, we all know that if there is going to be a mighty man that will bring with him the destruction of the world as we know it, he would HAVE to come from the United States of America. I mean, look, I know the whole Christian origin comes from Israel, but really, that's not where the a/c would come from. That's too 'obvious.' And, he couldn't be African or Chinese or French. That's just plain silly. And perish the thought that the guy would come from Canada or Russia. And what about Iraq or Afghanistan? No way. If there is going to be a destroyer of the human race, he has got to be American... I'm just curious, do those people (the ones who see Obama or any other American as the a/c) actually ever LISTEN to themselves talk? I'm guessing not.

I wasn't going to say anything, but I just have to throw this out there: Yesterday, my father-in-law (a die-hard Chevy man) came over to ask if I would tow his Silverado (with 80,000 miles) up town to the repair shop. So, I hooked up my Dodge HEMI (with 90,000 miles) up to his truck and towed him the eight or nine miles to the repair shop. He said he hoped no one saw me towing his Chevy with my Dodge. :-) We had quite a few laughs over it. My father-in-law is a 'good ol country boy' who spends much more time watching and listening than talking, but he has a great sense of humor when he does speak.
on December 21, 2008