Tyler has a blog and other random thoughts

I can't remember if I've posted this or not, but after a quick search of my own blog, I decided I had not mentioned it:

Tyler has started blogging on his own. He hosts the White Dragon Paladin (http://thewhitedragonpaladin.blogspot.com/). The site features things that he likes, of course, with emphasis on his own digital creations and add-ins and doo-dads that he likes to play with. I have a feeling it won't be too long before he is doing things with his site that will make you say, "AH! Cool!!"

Speaking of Tyler, he said he wanted to buy a laptop with his birthday money. So, Shan and I pitched in a little and he got his OWN laptop. It's a Compaq, which will make my techie friends cringe, but honestly, I like it a lot. It has Vista, which I am growing to tolerate now that you can actually find drivers for it and find ways to make some older software run on it. The main things I looked for was cost, of course, but also RAM, hard drive and video card. Yes, you can get $399 laptops, but they do not have the graphics capability to run the games that Tyler likes to play. He will be using the laptop for schoolwork, of course, but also has an entry-level gaming machine. I don't recall the model number off the top of my head, but with taxes, it was under $600 (our tax rate is about 8.5% or so, and I would have had to pay shipping anyway if I had ordered it online).

The MOST important thing about it? He is very excited and very proud of it. And as long as he takes care of it, that's what matters to me (that he's proud of it).

One of the downsides to living in a small, rural town is that UPS does NOT run on Saturdays, contrary to what the folks at big businesses may believe. So, while our DSL modem has been acting screwy and we were promised a modem on Saturday, UPS did not show up at the doorstep.

As a residential customer, I'm a little ticked off that UPS does not deliver here on Saturdays. If I was a business owner in this town, I would refuse to do business with UPS based on their "No Saturday" policy. That is ridiculous. This is 2008, for cripe's sake. There should be no excuse for not making deliveries to certain towns while you still make deliveries to other, larger towns. 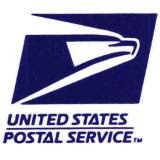 Of course, I remember when UPS only ran once A WEEK here. And, I am also one of those people who believe the postal service should run every day. There is no reason that mail should not be delivered seven days a week in today's world. People need a day off. Yeah, that doesn't stop 99% of the other business in the world from hiring people to do the work when other employees are off. They're called "shifts." UPS, USPS, et al - give Mickey D's a call. They've been running shifts for quite some time.