The Internet connection here SUCKS at the hotel in Orlando. This message was supposed to be posted when we got here (July 4), but Internet is on and off here.

At 5:30 Saturday morning, we were awakened by the fact that the air conditioner quit working. A quick look around the room led us to realize that the electricity had gone out completely. We looked out the window, and sure enough, the power was out on our block, if not further. We heard a man making a lot of noise outside in the parking lot, so I opened the window. He was evidently on his cell phone and was demanding his $139 from someone. He was getting a refund and there was no getting out of it. We don't know if he barked his way into a room credit or not, but he was one ticked off customer!

Eventually, the power came back on and we went back to sleep. Well, we fell asleep before that, really. 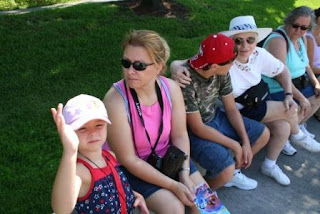 We woke up,got ready, and grabbed the shuttle to Disney World. The shuttle was a bus that came from about 1975. The pictures show what the inside looked like. 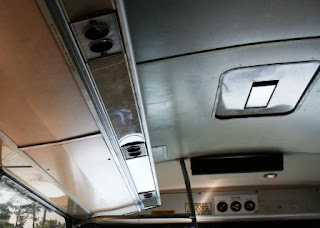 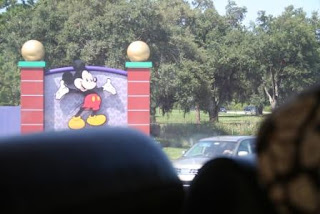 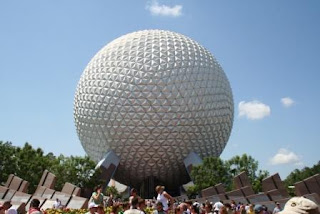 We got to the park and immediately went for the Soarin' FastPass, which was already at 2:30 in the afternoon by the time we got there!

But, that gave us lots of time to check out other attractions. We rode "The Land" then saw "Circle of Life." Both shows were very good, but naturally focused on how we can take care of the earth, blah blah blah. I will admit, the "The Land" was very interesting because it showed some very cool new techniques for growing food. Plus, they had some pumpkins that were 'earning their ears.' They were growing in specially designed forms to give them 'Mickey ears!'

It is 11:15pm on Saturday while I write this, and I can tell you I have no idea what we did next. I'm sure the order of my pictures will help me sort things out, but we walked all over Epcot and we saw and/or did nearly everything you can do. Tyler and I rode "Test Track" which is like a roller coaster and race car all in one. It was awesome! After the ride, they had GM vehicles that you could check out. They had a YELLOW CORVETTE! We had given the camera to Shan, so Tyler, my Mom and I rode the ride again and this time took the camera to get pictures of me in the Yellow Vette!! :-) 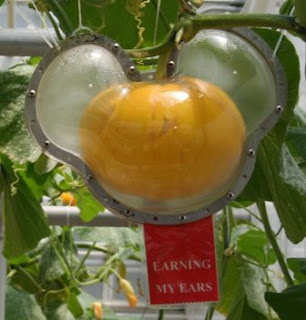 Tyler and I also rode the Mission: Space More Intense version, which was awesome! 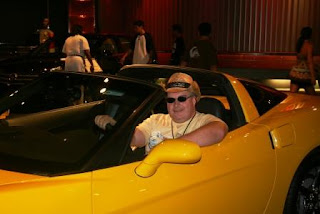 The whole family did the Nemo ride and went to see the underwater views. The Nemo ride had some of the est visual effects I have seen in a ride! They had the characters show up in the same water as real marine life! We also watched "Honey, I shrunk the audience" which was 4d (3d plus air, motion and water effects). It was hilarious and alot of fun! While Tyler and I rode the Test Track, everyone else shopped and checked out other shows. At some point during the day, we took the World Showcase 'tour' and visited all the countries. We ate pastries (and I had a sandwich) in France! :-)

The Mexican indoor shopping plaza was incredible. We took several pictures there! 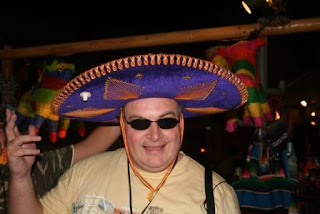 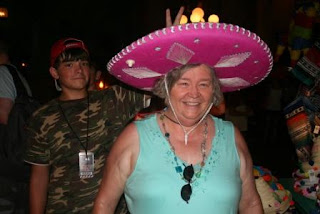 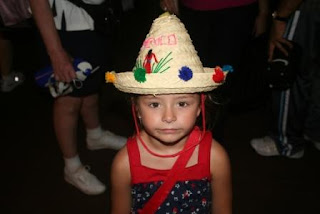 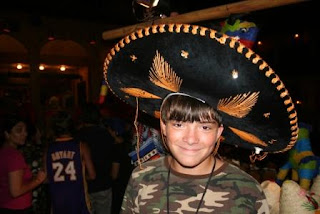 Disney World Epcot was great! Emily was scared to ride Soarin' but one of the Cast Members talked to Emily and told her what to expect and what the ride was like. She also told Emily to watch for Tinkerbell, and to wave to her when she saw her. Emily did, and that same cast member came over afterward to make sure Emily was okay and to see if she waved to Tink. The cast member was fantastic! As we left the area, though, cast members were mopping up a place where someone had lost their lunch after Soarin'... 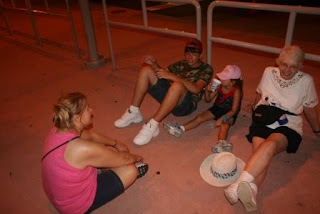 We are worn to the bone, but are just as excited to get going on Sunday for Animal Kingdom!! I know there are lots of things that we passed up (like Character photo spots), but it was still an amazing day. If we had all the time in the world, I would say we could do everything in two days. I have to say there were a LOT of people, but it never felt overcrowded, even when the lines for rides were long. FastPass is the best way to go for anything you just feel like you "have" to.

Oh yeah, we even stopped off to buy the cool Mickey-shaped ice cream treats! 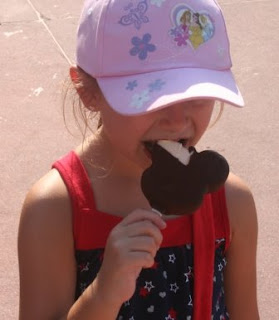