The Steelers were not televised in my area, meaning they were not on any of the broadcast channels we get with our DirecTV and I am not about to pay for Sunday Ticket... :-) So, when I saw the Steelers score flash by during the Cowboys game, I was disappointed to see they had lost by a touchdown. The advantage to not knowing is not knowing how or why we lost.. :-)


I've started using the lines to break up my thoughts... Is that making things easier to read, or harder? Let me know... :-) 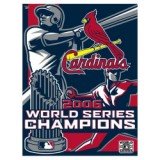 The World Series... Did you watch it? Did anyone? Okay, I'm in Arkansas, and the Cardinals are the closest thing we have to a pro team near here (at least in spirit, I'm sure in bird-miles, that may not be the truth...)... So, I'm sure a lot of my Arky buddies watched the games, had beer and pretzels, etc etc... Me? I have never been less interested in a World Series in a long, long time... Why? I dunno, Tigers and Cardinals ... just didn't grab my attention... Besides, there was "Deal or No Deal" to watch, or maybe it was "Grey's Anatomy," or reruns of "Paint Drying 101" not to be missed.. :-) Congratulations to the Cardinals, of course, but really, I just wasn't into it this year...


Today, the Pokemon RPG that Tyler has been wanting to play was actually online (umm, Pokemon Den of Ages)... We logged in and started exploring... Only to discover that this 'game' is in a pre-beta stage... In English that means the players can log in, chat, and walk around the maps they have provided. It also means the players can't do ANYTHING else... They do not get a Pokemon to start with, so they can't battle. They get money, but can't get into the store to buy anything... Which is okay, since there is nothing to do with anything you would buy anyway.... From the time we were on, it was obvious a lot of people thought this was going to be "it" - the game... Much of the chat consisted of very annoyed and upset players who WANT this to come together, and who are very upset that the programmer (a person going by the name Silver) has run off 2/3 of his/her programming staff for the game and that things are not as far along as was promised (that's not a surprise for anyone that follows any kind of promised software release....)... The point here is that is has potential, but the author seems more interested in alienating those who want to play than getting the project completed...


So.... While reading through some of the books I bought to help Tyler dev his own game, I came across a program called BYOND, which lets you make your own games... And, there is an online RPG based on Pokemon that IS active. In fact, a player can choose to be a Pokemon OR a trainer... You can buy things (including houses to live in!), battle, heal at a Pokemon center, and more... I told Tyler that this was the framework of what his game should offer... I think we will look into playing with the software (I actually found another game-authoring tool, too) to help him make his own online multiplayer RPG... He is also having lots of fun editing and updating his web site on Tripod... :-)


I forgot to mention the other day that I have discovered a (mostly) text-based food-fight game at www.lunchfight.com. For whatever reason, I find myself highly addicted to the game, despite the fact that it is 99.99% text... Guess that goes to show you don't need a bunch of fancy graphics for good gameplay... You need a challenge, a method for re-playability, and some creativity... :-) I even like the way you can pay (with real money) to upgrade your virtual food-tosser... I mean, you play for free, and you can move up the ranks without spending a dime, but if you WANT to help the process along, you can plunk down between $5 and $12.50 (depending on what you want to do) and boost your player... What I like is that you do not HAVE to do this in order to succeed... Paying just helps you succeed FASTER, if you so choose. Does that mean people with more money to throw around on an online game have an advantage? Only in that they can get the necessary skills or stuff quicker than someone who does it all for free, but really, there is no time-limit on the game, there is no incentive that I can find for getting there faster, so why not play for free and just enjoy it? :-)

As for my eTopps cards, I am one card away from having a Master Steeler set, and three or four cards away from having a 2002 baseball set. I am not taking the baseball set in hand, just keeping it online. After the football season is over and etopps releases the football cards, i will take all the Steelers in hand.... I will most likely sell them as a complete set once I have them all inhand... Should fetch a pretty penny... :-) 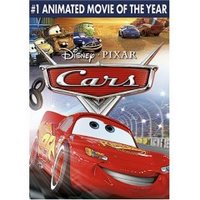 CARS comes out on DVD very, very soon! We'll be buying that for sure! I haven't been so into a movie in a long time! I love the story, the characters, all the cool toys that have come from the movie.... Great stuff! :-)