I tried to launch iMovie and it told me it was being updated. I hopped over to the "Updates" section of the App Store, and iMovie was nowhere to be seen as far as needing updated. So, I just searched the App store for iMovie and sure, enough, it showed that iMovie was presently being installed.

No, it wasn't. At least, not that I could tell.

So, I started poking around online, and though many people have/had the same problem, none of the offered solutions worked for me. So, I dug deeper on my own MacBook.

A look through running programs revealed that neither updates nor iMove were running. What the heck!?

Okay, so I looked at the Applications folder. Sure enough, there was an iMovie icon that appeared to be a download in progress. It had an "X" to click, so I did. 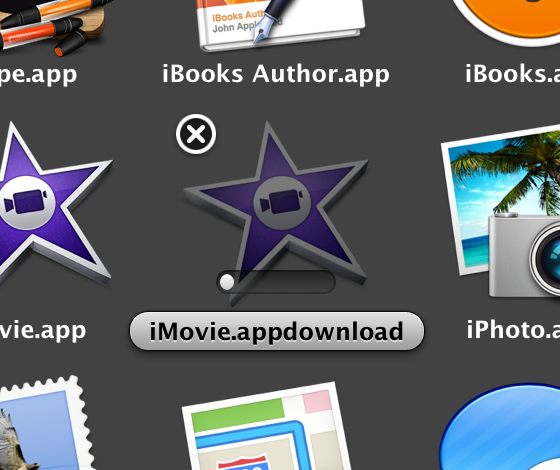 That launched the App Store with a prompt to "Cancel Update." So, I clicked that.

Ironically, what that did was actually kickstart the iMovie update again.

So, as I write this, my iMovie update is once again being downloaded...