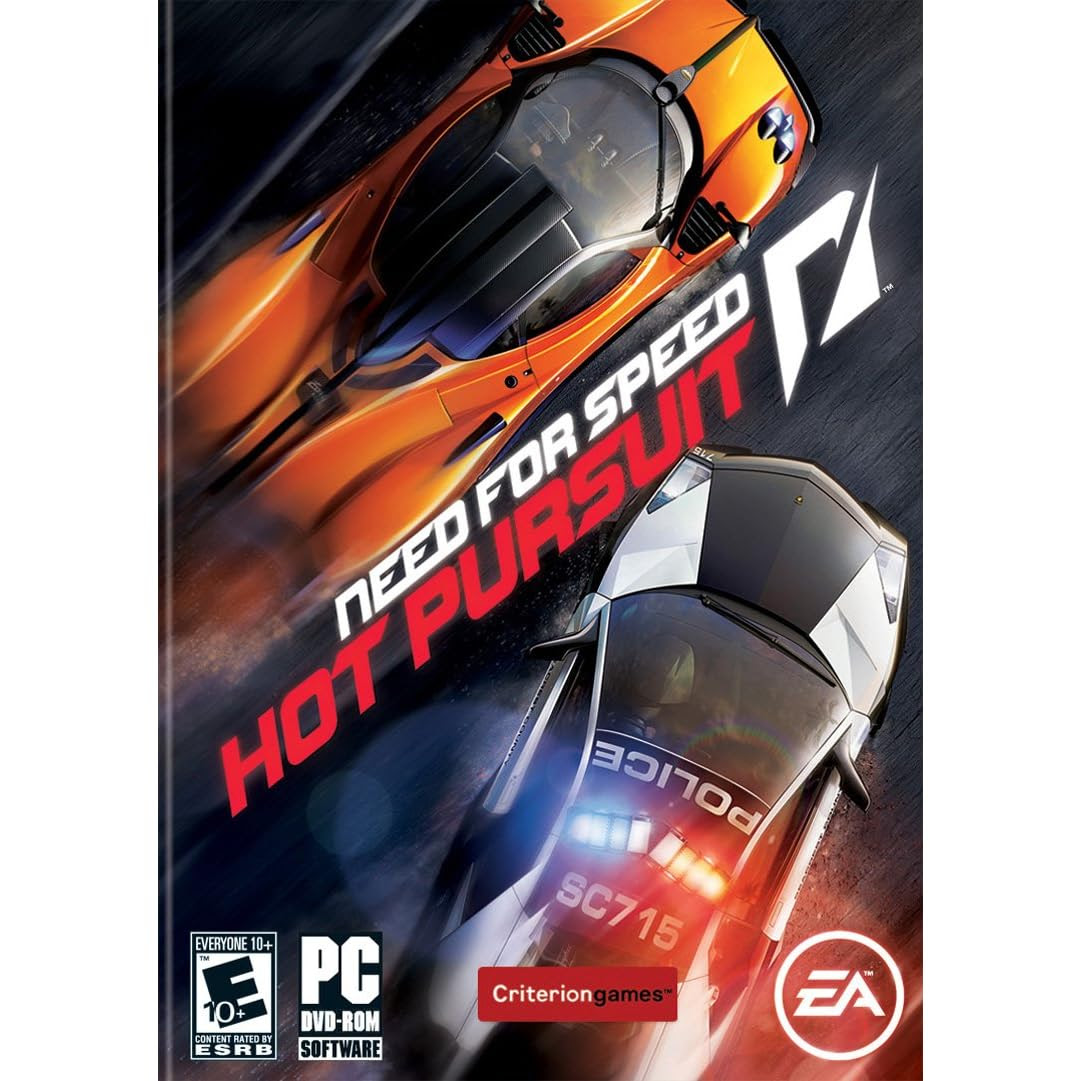 One of the games I got for Christmas this year: NFS:Hot Pursuit Limited Edition (NFS:HPLE)!  I am an avid Need for Speed fan, going back to the very first edition.  I've played most versions on the PC and the Hot Pursuit series have always been some of my favorites.  I love being the cops busting bad guys.

NFS:HPLE breaks with the "open world" design and goes for straight up match-up style racing.  The player has to complete certain races or certain tasks at specified locations.  The player chooses which ones to do based on what has been opened up by the game.  As events are won, and as "bounty" increases, new races show up on the map.  In open-world games (like NFS: Undercover), the player drives around the world until s/he feel like taking part in an event (or they can use the GPS to select events from a map).  In NFS:HPLE, the makers decided to use the overlay map system.  It's not a bad system, it's just not as free-wheeling as some NFS players may like or be used to.

The game does offer both racer and police "Free Drive" modes, though.  These modes allow the player to explore the area without triggering any kind of event.  Basically, it's a way for the player to get a feel for the lay of the land.  If you've played NFS in any of the previous Hot Pursuit forms, you may recognize areas of the map.  I have only played the game for a few hours, but the first thing that struck me: how familiar things were.  Maybe because I have been playing around with NFS3:HP (the *original* Hot Pursuit) that I "got it" right away, or maybe I've lived in the NFS world that it's so familiar to me, but in either case, there are homages (or more accurately REMAKES) of many of the Hot Pursuit areas.  For example, the Timber Mill area features huge fallen trees that you can drive your car through (the road is cut into the tree), and this was one of the coolest effects way back in the day.  In today's game, the effect is even more pronounced because the graphics are AMAZING!

Lighthouses with rotating lights, oceans with rolling waves, street lights that cast light and shadows (sometimes to the point that you can't see an oncoming car in your path!), mountain vistas that take your breath away.  Yes, this is a game, and though racing (or avoiding cops/busting racers) is the main goal, trust me when I say you *will* want to take advantage of the free driving just to look around the place.

For me, it was like visiting my home town with fresh eyes.  Mining tunnels with railroad tracks were fun the first time around all those years ago, but with today's physics models, the railroad tracks themselves are 3d (making it fun to try and drive on them).  Cutouts in cliff sides allow the player to take quick shortcuts (assuming you can handle the tight squeeze!).  There are some new areas I don't recognize, and I don't know if that's memory failing or if those are actually new to this game.  It doesn't matter.  It just looks cool.

Racing comes in the way of time trials (get to the finish in certain time), racing (beat other racers to the finish), escapes (get away from the cops), and combinations of those.  As you win events, your reputation (or Bounty) increases.  The better you do, the more bounty you earn.  Earning bounty unlocks more cars, better weapons (spike strips, EMP, etc), and more tracks.  As a racer, most events have a Gold, Silver and Bronze achievement level.  As long as you medal (at least so far as I have seen in the time I've played), you unlock new races.  Of course, the idea is to score Gold in everything, but some of these events are TOUGH - especially the ones where you have to get to the finish by a certain time.  And even the Nitro doesn't always help!

Every car in NFS:HPLE has Nitro equipped standard.  This is a nice touch.  You build Nitro by driving in the oncoming traffic lanes, accumulating close calls (passing by another vehicle VERY closely without hitting it) and by generally driving recklessly.  You don't want to crash into things though, because that slows your time.  Eventually, you will unlock certain levels where you get Turbo in addition to Nitro.  Turbo rocks!  Well, mostly.  The downside is that EVERY car gets Turbo for the same map, so your racing adversaries and the cops keep up with you.  Really, then, what's the point?  Okay, the point is: screaming through the race at ultra-unrealistic speeds is a HUGE rush (pun maybe intended).  Man, you FLY through level!

On the cop-centric levels (whether you are the good guys or bad guys), cars have spike strips, EMPs, and other tactics to use against the opposition.  I love watching my spike strip take out a fellow racer.  I actually like to see that more than I do taking out a cop.  For the most part, I can deal with cops.  The other racers, though, are tough competitors.  As a cop, you have things like Spike Strips, EMPs, Road Blocks and Helicopters at your disposal.  Road blocks are more effective in crowded area where the racers are forced to crash into the waiting officers.  The racers also get weapons and can jam your signal, drop spikes, etc.  Some of the races are quite furious as you dodge traffic and everything else while hunting down the baddies.

Cops and racers have a "Damage bar" above each of them and you have get their "health" to zero - by use of weapons, crashing, or whatever means you can.

I'll post a follow-up review after I've completed more of the game.  In the meantime, I fully recommend snagging it for whatever gaming platform you have.

Next up: I'm taking my dance moves into the "Michael Jackson Experience!"
on December 26, 2010