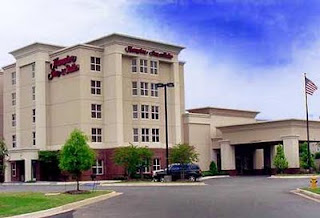 We're baaaa-aack! We had a great time in Little Rock this weekend, but it seems like this year, the weekend flew by much faster than in the past. Not sure why that is, but it's the way things went.

We got to the hotel on Friday evening. As I was checking in, there was a group of folks there for a family reunion or something, trying to get rooms that had supposedly been booked under the family name. Evidently, whoever was in charge of booking a block of rooms underestimated how people were coming, because the folks at the next counter were HOT about not having a suite. The poor manager was trying to straighten things out, but it was a battle he seemed to be losing rather than winning. Ultimately, though, he would win because, well, he's the manager. Like it or leave it, you only get a room if he says you get one, ya know?

We ended up in the very first room on the first floor, which was great for proximity to parking - not so great for the number of people that use the side door to come in and out. 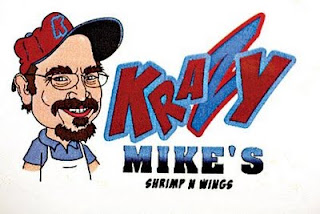 We went to eat at a place called "Krazy Mike's" on Bowman Road, just off Markham. They have shrimp, wings, catfish, chicken, and a few other entrees. It is a very small place and could very well be featured on "Diners, Drive-ins, and Dives" as far as we were concerned. Good food.

We went back to the hotel to hang out. I spent most of the time on Facebook and rebuilding Tyler's laptop, then burning DVDs with recovery information on them in case we had to do this again in the future. Since he is 14, he likes to experiment with different kinds of software, mainly emulators, which generally do not come from reputable sites. It's the nature of the 'net these days, I'm afraid.

The kids, Shan, and Kay all went swimming. I opted to wait until Saturday night to go. Oh, and there was a trip across the parking lot to Krispy Kreme, of course.

We woke on Saturday, and headed out for shopping. My memory is a little shoddy on this, but I think we hit Target first, then we went to Mardel's. Well, Tyler and I went to HobbyTown USA in search of cards and general hanging out fun. I was hoping to score a box of 2009 Allen & Ginter cards, but they only had one box and it was opened for selling individual packs. Nothing else really interested me in the way of cards, so we walked around.

Tyler came across a computer screen with a virtual airport and connected to the computer was a remote control for model airplanes. I explained that certain controllers have usb cables and you can use your real controller to fly virtual planes as a way to practice or just have fun. I tried my hand at it, and did not do very well. I crashed and burned. Tyler took the controls, and we changed airfields. His plane flew towards a pole and the wing clipped it, breaking off the wing of his virtual model plane. Time to reset. This time, Tyler drove directly into the pole. Getting closer... Third time's a charm, right? Well, he managed to keep it straight and get the thing into the air. What came next was a combination of horror and hilarity. His plane spun, rose, and then took a nosedive into the ground. And, just like in real life, the model plane shattered into a billion pieces on the computer screen. We were laughing so hard, we got looks from the management there. I decided it was best that we leave at that point. 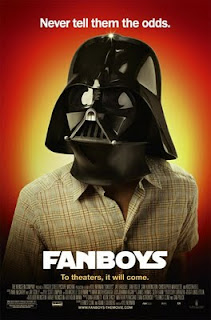 Back to Mardel's, Tyler and I opted to watch "Fanboys" in the van. Now, THAT'S a funny movie, perfect for Star Wars dorks everywhere (which we are a couple!).

We picked everyone else up in front of the store, since it was pouring down rain at that point. And, we drove up to the corner for lunch at El Porton's. It is a mexican place that serves VERY good food!

After we ate, we went to Burlington Coat Factory. Tyler and I stayed in the van to finish "Fanboys" and then I went inside the store to see what everyone was buying. I'm a guy, so I can't regale you with descriptions of clothes and the like. All I remember is that they bought some. You'll have to ask Shan for the details. Sorry. 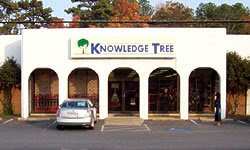 After Burlington, we went to The Knowledge Tree, a teacher supply store in Little Rock. Shan found all kinds of things for her classroom! I love going in there because they have some cool stuff that I like to play with, er, learn how to use. We spent a good while in there and everyone came out with bags of stuff!

I believe we went to see "Ice Age 3D" next. That was a very cute movie! I think Ice Age 2 is my favorite of the three, though. I am a big fan of the latest incarnations of 3D, though Disney seems to have a better grasp on it. I'm just happy not to be wearing red and blue glasses. Oh, and since my sunglasses are polarized, if I wear the 3d ones and the sunglasses at the same time, I can't see ANYTHING out of my left eye. It's a weird feeling!

I think we went to eat at Olive Garden after that. I dunno, we may have gone to another store, but if we did, I don't remember it. It has been a LONG time since we've been to the O.G. and it was delicious!

I believe we headed back to the hotel after eating, hung out for a bit, then went for a swim. The pool was not crowded when we started, but as it got closer to closing time, more people showed up. After a quick shower, I picked up some Krispy Kremes and came back to the room. I was dog-tired after staying up late the night before with Tyler's computer and then a full day on-the-go, so I turned in early (about 11:00pm or so).

Sunday, we got our things packed up and headed out for another half-day or so of shopping. We went to the JcPenney store near the hotel, then to Sears, and finally to lunch at Long John Silvers - everyone's favorite, except Shan. She is not a big fan. From there, we stopped in Benton because we thought there was an Office Depot or Staples. We were wrong. So, Mom, the kids, and I headed home in Shan's van and Kay (who had come earlier in the week because she had a training to attend) and Shan took Kay's van to Wal-Mart in Arkadelphia before coming home with supper - Sonic Burgers!